Hiroshima, Sadako and the Peace Museum 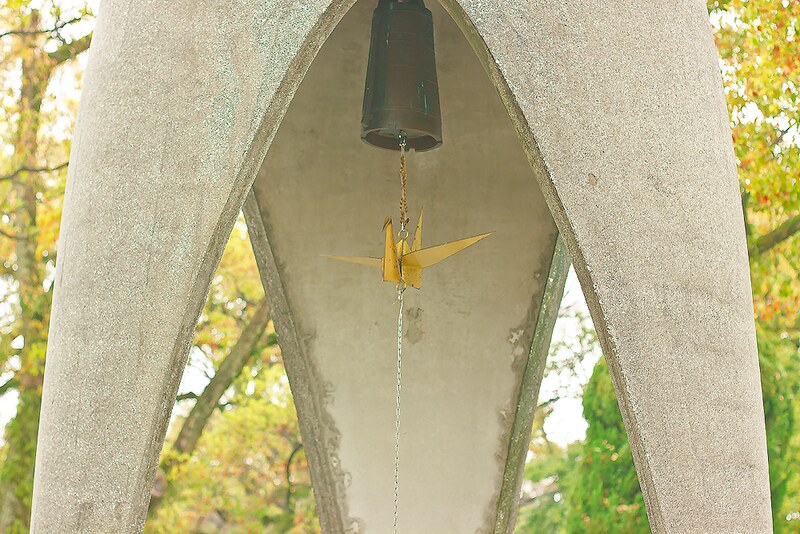 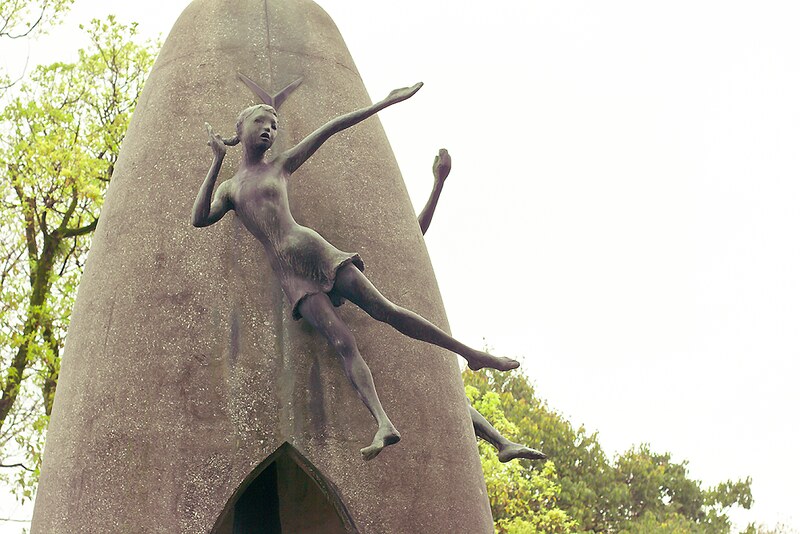 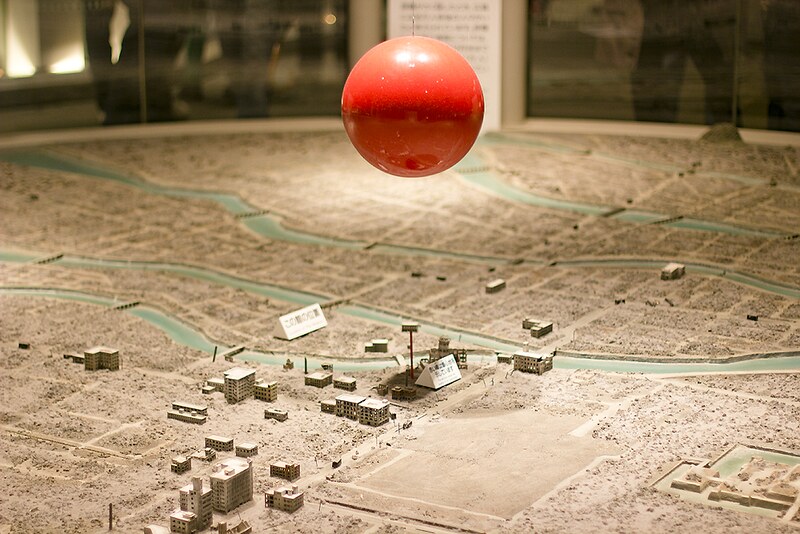 I was unsure of whether to post about my brief time in Hiroshima, because obviously the events that occurred there were so devastating and so upsetting. In many ways, there’s nothing further to observe. But I left feeling like my time in Hiroshima (and Japan) was so important to me, so I’ve decided to share a few of my pictures and my thoughts. I hope you find it interesting and if not – I’ll be back to pretty dresses and sakura in the next post.

We spent most of our morning at the Peace Museum, which contains artefacts left by the bomb (of which there were very, very few) and informative displays about the science of the atomic bomb, the events leading up to and after, the medical, biological and political effects of the bomb, and lastly, an opportunity to sign an international treaty calling to an end for nuclear weapons. 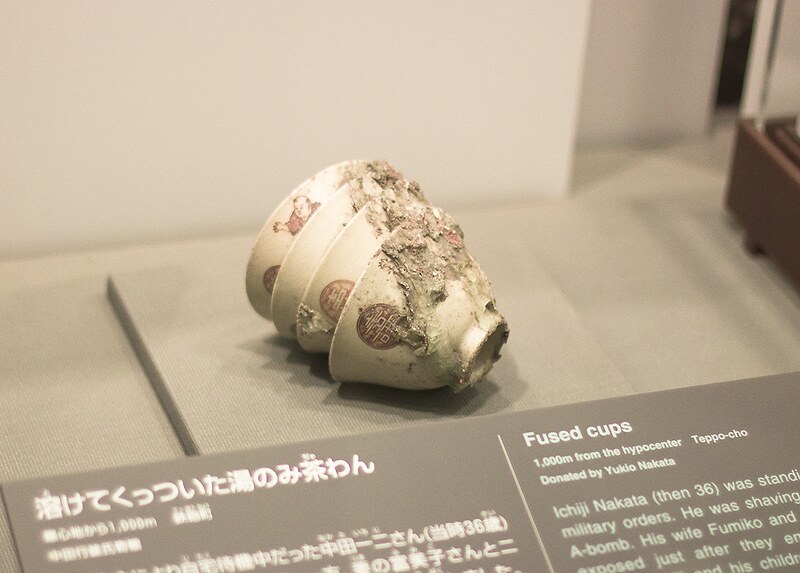 *Highlight to read – some of the stories in the next paragraph you may find distressing* Some of the exhibits that have stuck in my memory particularly include the burnt school-dress of a 13 year old victim – she had sewn the dress herself, and her embroidery was still visible on the collar; a metal lunchbox found by a mother with her dead child’s uneaten lunch still intact; and a cap belonging to a boy which had some of his hair fused into the fabric from the heat of the bomb. His mother kept the cap to show his father, who was away at the time fighting in the war. There was a set of cups fused together by the intense heat – found by a man who returned home to find his entire village destroyed. The nearest he could find to a personal belonging was a set of fused cups he recognised as belonging to a cafe nearby. And there was a heartbreaking story of a wife who found her husbands skeleton, completely stripped bare, sat at his desk and holding a pen.

Due to the unprecedented nature of the atomic bomb, nobody knew what the long-term effects were. Many children who were seemingly unharmed by the bomb in neighbouring villages grew up to have fertility problems, seemingly random cancers and tumours, or degenerative diseases. Medical anomalies continued to appear for the hibakusha up to 65 years after the bomb dropped. I can’t think of any other disaster that has caused repercussions for that length of time – it is insane. As the museum explained, people were forced to live their lives in fear from the moment the bomb dropped, not knowing when or what might affect them. How can you rebuild your life under a shadow like that? 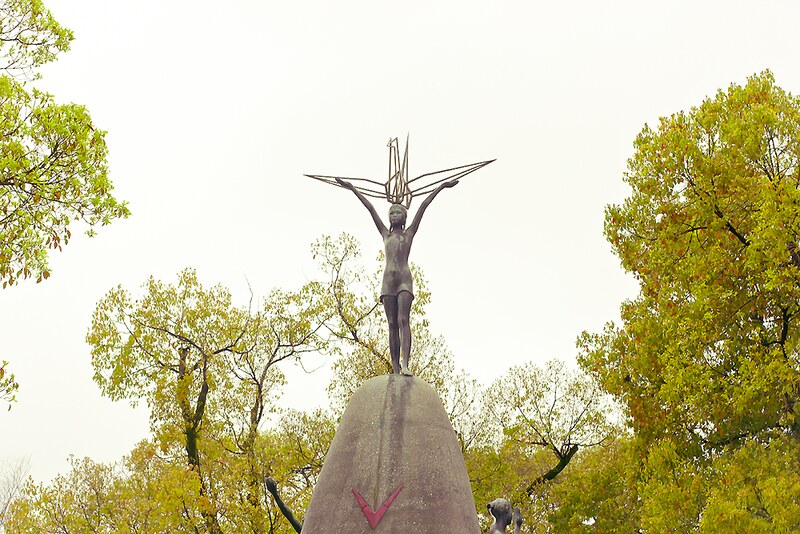 The story of Sadako Sasaki was highlighted. Sadako was a healthy 2 year old who survived the bomb in a nearby village, developed an aggressive cancer aged 12 and tried to fight it by folding a thousand paper cranes (an ancient Japanese legend that if you fold 1000 cranes your wish will come true). The museum had some of her cranes on display, and heartbreakingly, some of the squares she had folded but not completed into cranes by the time she died.

Sadako became an international symbol for the innocent children whose lives were affected by the bomb and to this day people fold cranes and bring them to the peace museum. A statue of Sadako features in the Peace Garden, surrounded by boxed displays- it was incredibly moving to see large pictures that had been created from thousands of tiny folded cranes. 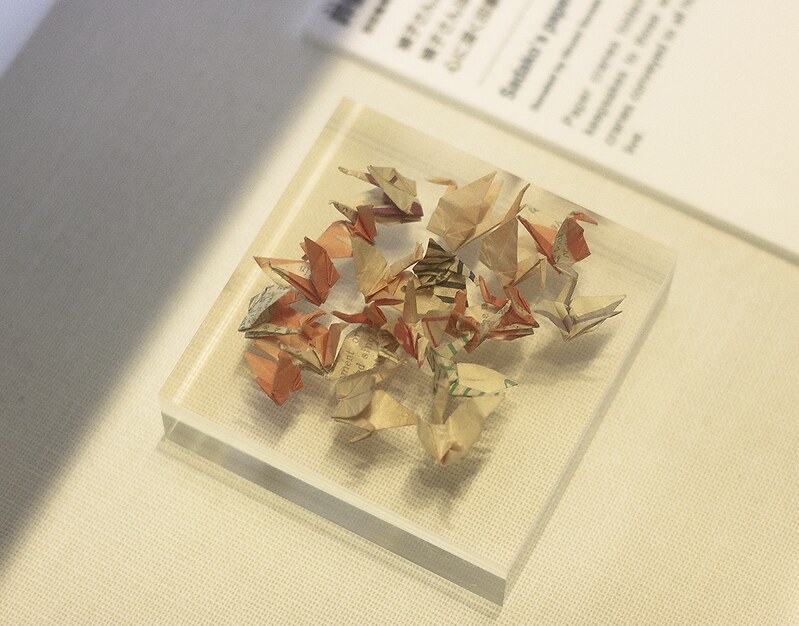 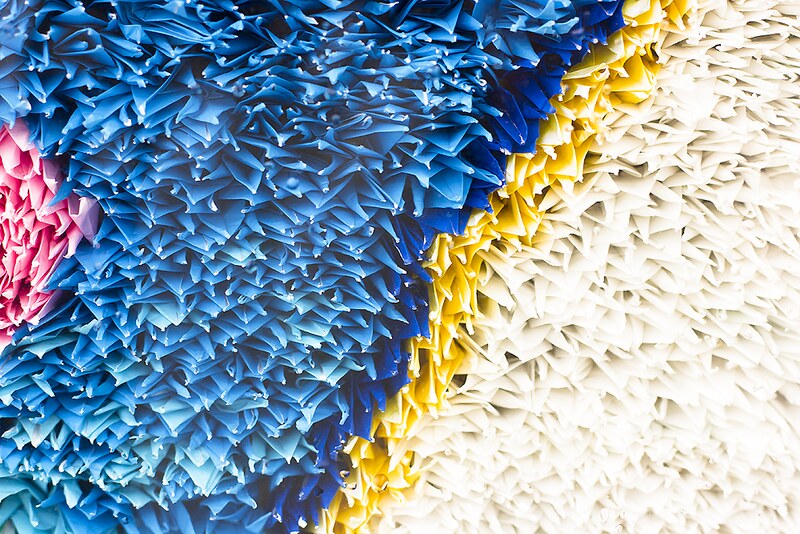 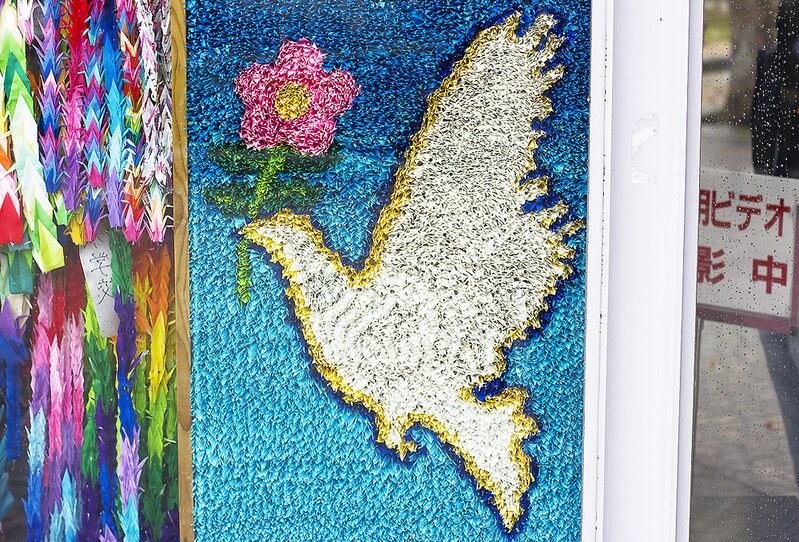 I left feeling completely desolate – I wish I could console myself but the fact is there are so many countries with fighting and tragedy on a similar scale every day, and it’s hard to know how to fix it. Upon reflection, I think what struck me most at Hiroshima, beyond the sheer horror and tragedy, was the total and complete decimation of the city and everything in it. It was impossible to rebuild when there was literally nothing left – any history, culture or stories attached to the town were wiped out in a nano-second. The Hiroshima we saw (outside of the central Peace Garden) could have been anywhere. It was like an eerie cut and paste city – pleasant and functionable enough, but devoid of history, of culture. Everything was completely standard. I can’t really explain but I’ve never been somewhere that felt so utterly far from history. And I think that to me is the huge tragedy that colours all of the personal ones – the irretrievable loss of an entire community. 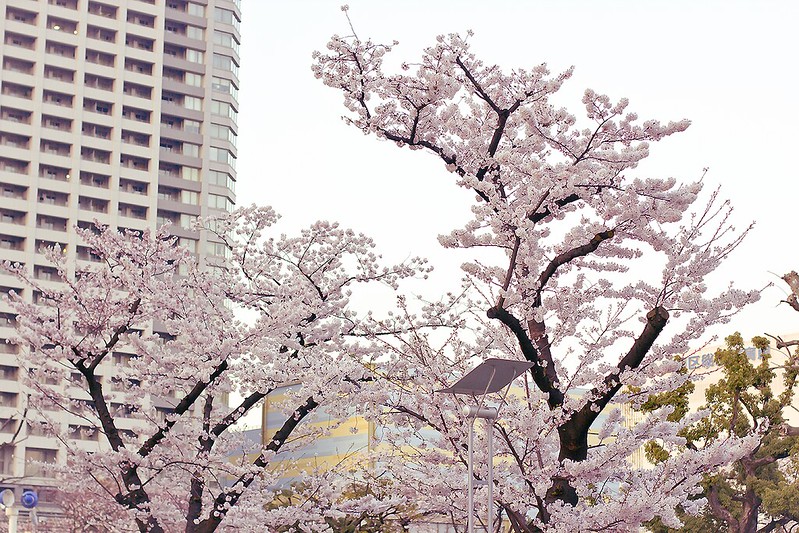 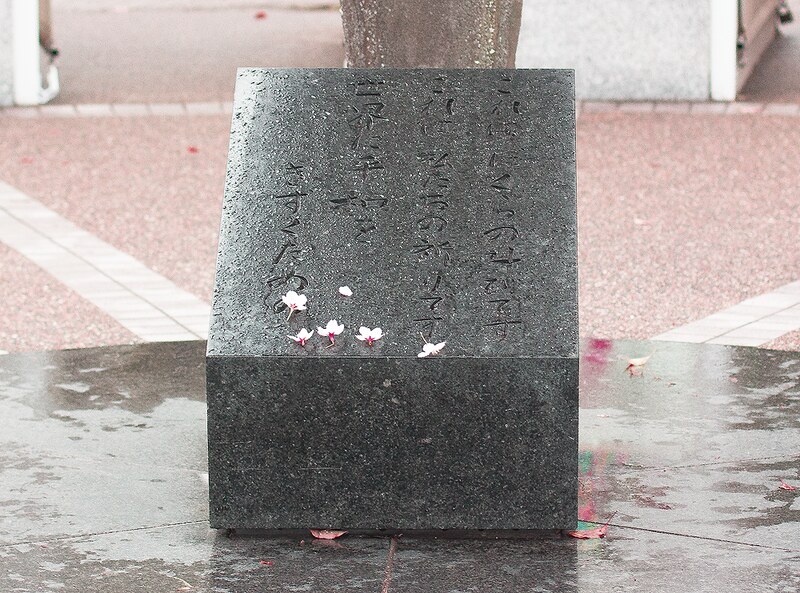 5 responses to “Hiroshima, Sadako and the Peace Museum”