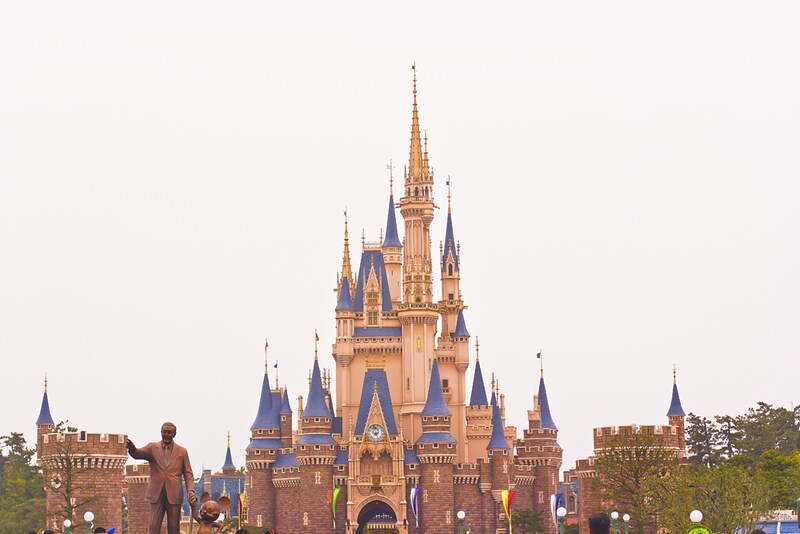 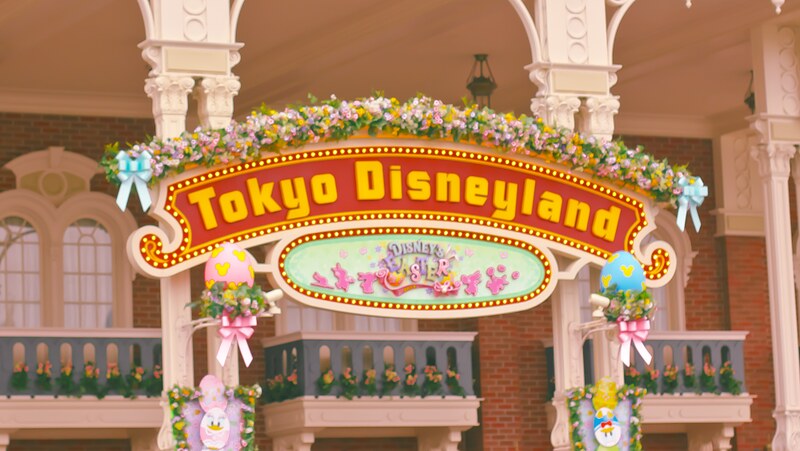 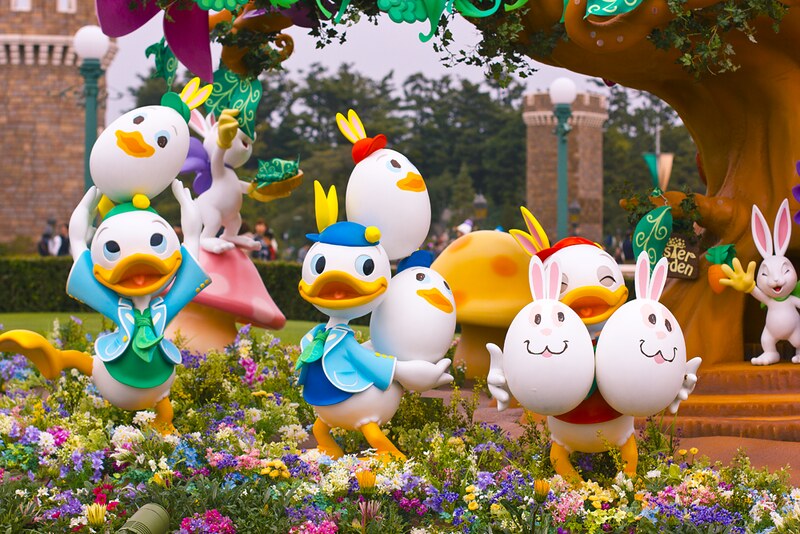 I spent my last day in Tokyo at Disneyland. Tokyo Disneyland features the same spoke and hub design of the other Disneylands, and roughly the same lands (Tokyo Disneyland is slightly bigger than the one in Paris and smaller than California). Critter Country and Toontown were the two I’d not seen before, and I especially loved Toontown – ‘Who Framed Roger Rabbit?’ is one of my favourites, and the buildings perfectly captured the zany, bonkers feel that the place has in the film.

The iconic Cinderella castle is the first thing that hits you when you walk in. I did an entire module of my Art GCSE based on the animation of Cinderella’s castle in the Disney film, so to see the “real” thing (or at least, as real as can be) was a particularly special moment for me. The beautiful mosaic murals inside, retelling the story of Cinderella, were similarly beautiful – the light seemed to catch the glassy tiles and give the impression that the entire corridor was sparkling.

The Easter decorations were so pretty, with springtime flowers adorning the gates and signs and cheerful characters decorating Easter eggs in the central gardens. I can’t say I’m that into Easter as a holiday, but anything that involves bunnies and flowers is right up my street. The cute figurines painting eggs, pulling up magic carrots, arranging flowers and sharing gifts were really sweet, and I also liked the more contemporary designs featuring Disney characters re-imagined as eggs (seriously!). 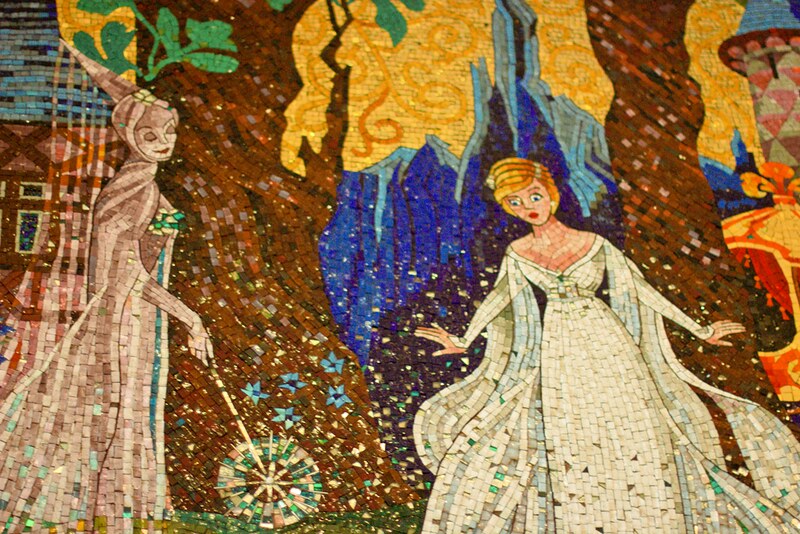 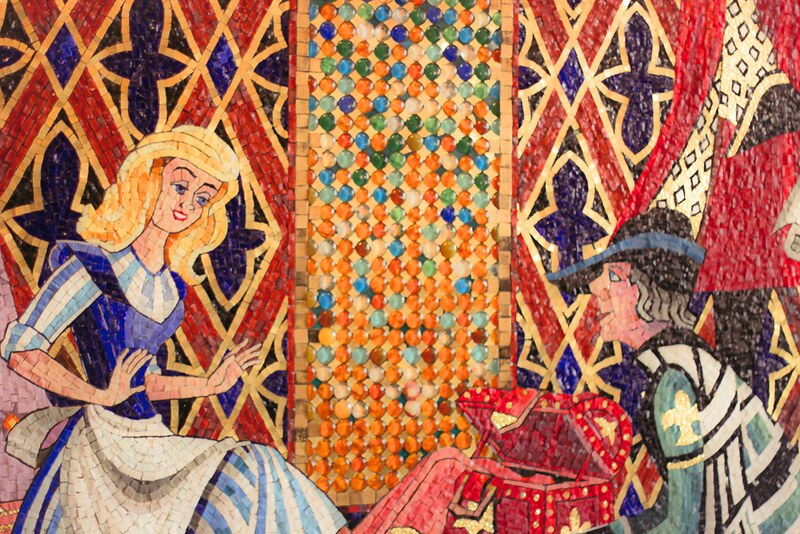 – I went on a weekday with semi-cloudy weather (the only non-sunny day of our trip) and it was packed. I walked straight in with no queue, but for the rides average queue time was about 1 hour 75 minutes. Given that queue times were about 15 minutes average in Paris I decided to skip most of the Disneyland rides, but I would definitely recommend investing in a FastPass if you want to go on all the big rides.

– I’m not sure if there’s a rule that the park has to be seasonally decorated year-round, but it definitely adds something to the trip (the shows and parade were also Easter-themed). I’ll let you know in a few months when I’m back at the Paris one..!

– People are big on costumes! I was wearing Minnie ears but could have gone in full cosplay and nobody would have batted an eyelid. Paris had a lot of kids in Disney outfits but we’re talking entire families in Disney garb at Tokyo.

– Flavoured popcorn is really popular in Japan. You can buy a refillable character pot and then try a whole host of different flavours as you wander the park. I was watching the pennies, so opted for a single punnet of white chocolate popcorn instead – it was great, although probably not the most practical food for a slightly windy day!

– My absolute favourite shop was Pacific Gifts – the only shop offering Asian-themed merchandise. Given the ease with which you can find Disney merchandise in the UK and on the internet I wanted something special that would remind me of Tokyo specifically. I’ll show you what I got in a later post!

Next time I’ll be sharing Tokyo DisneySea, so if you like Disney come back in a couple of days! 🙂 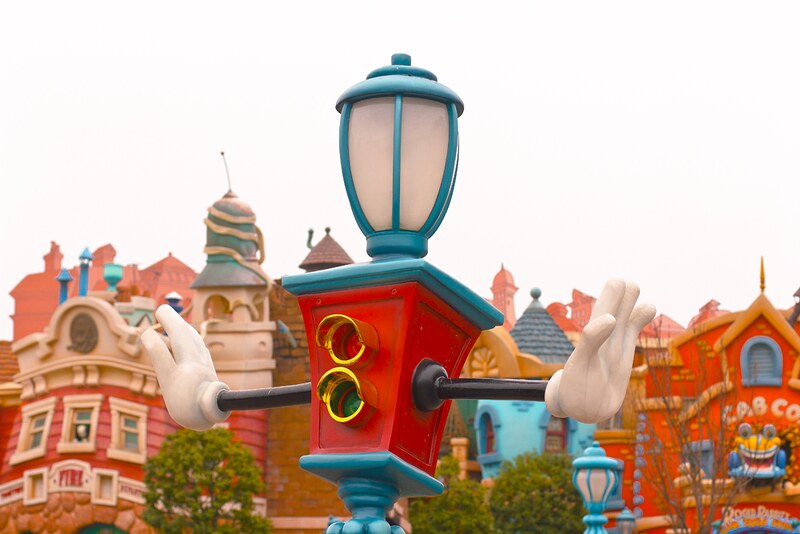 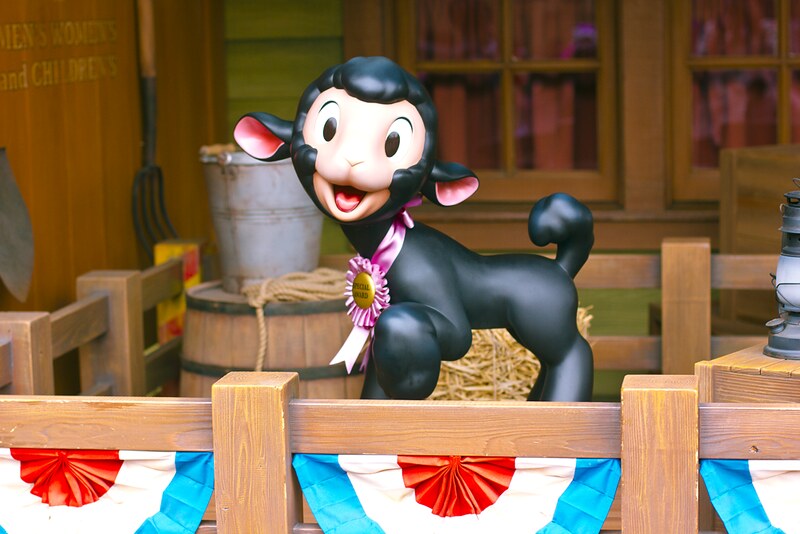 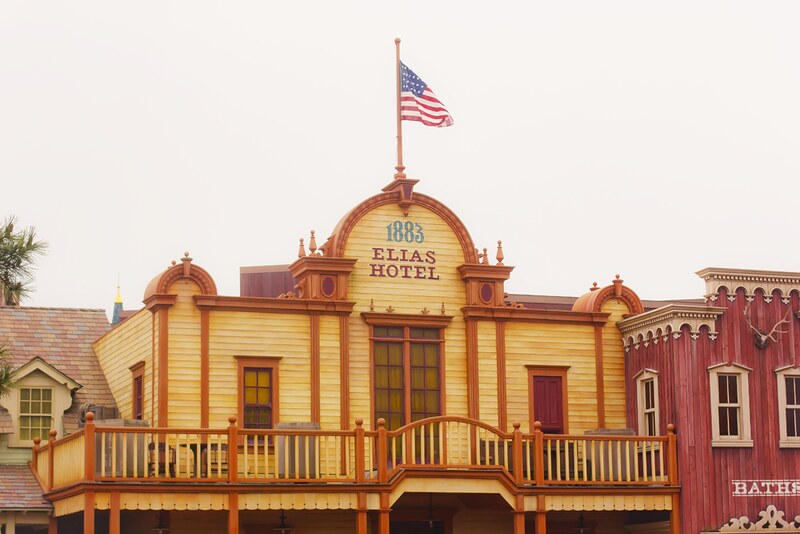 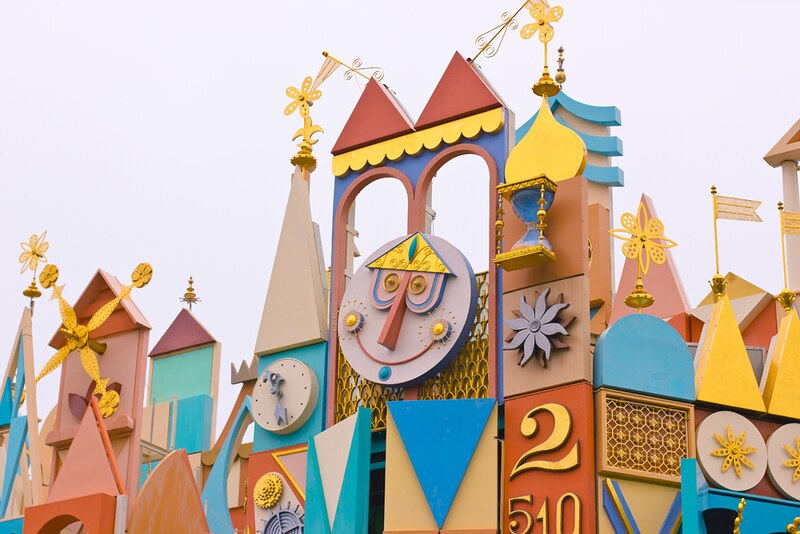 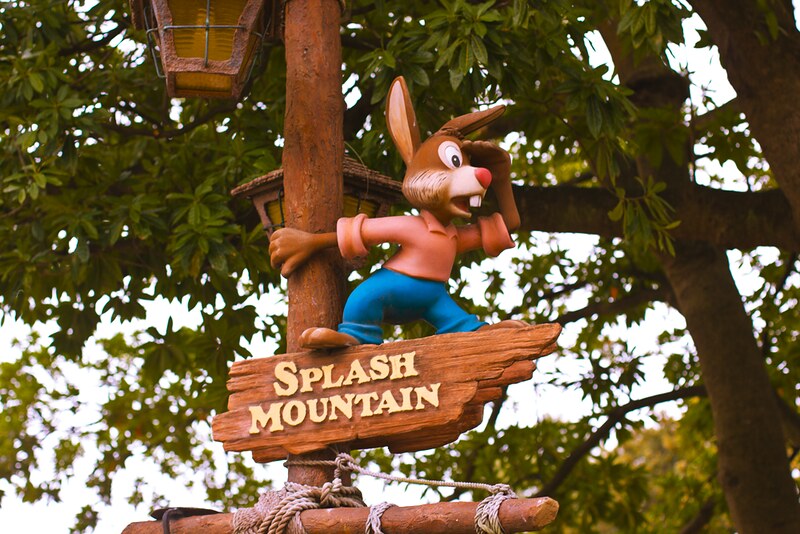 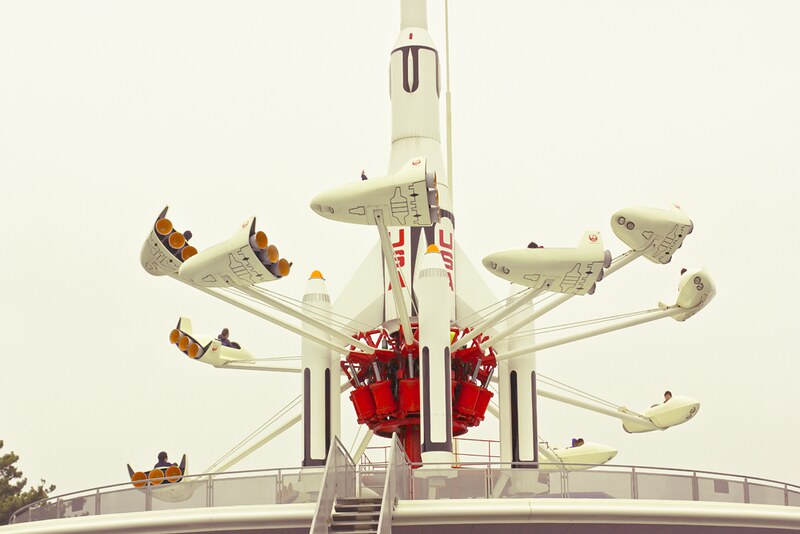 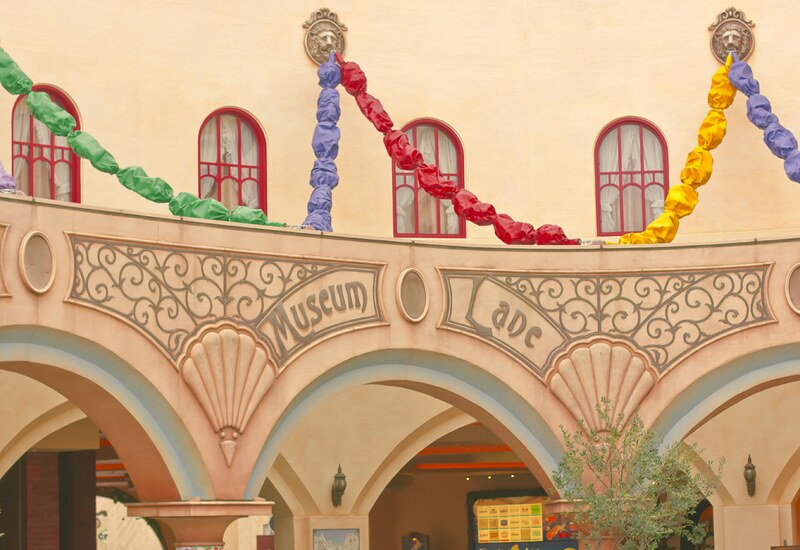 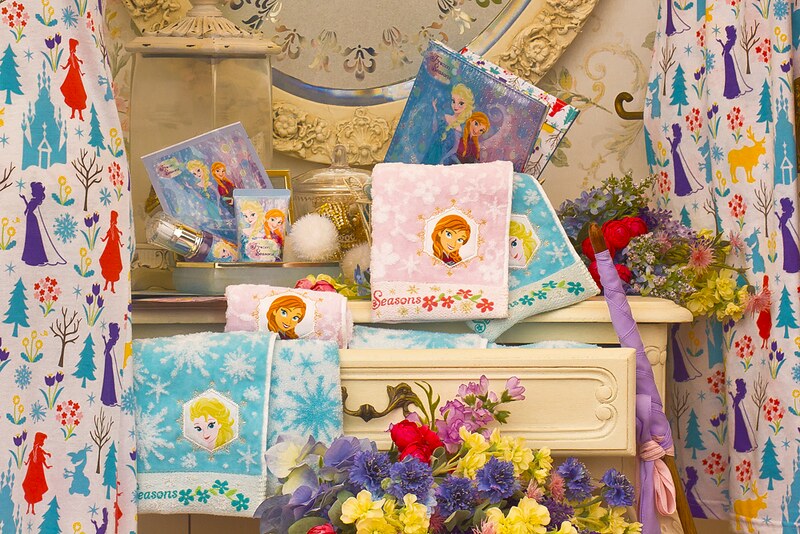 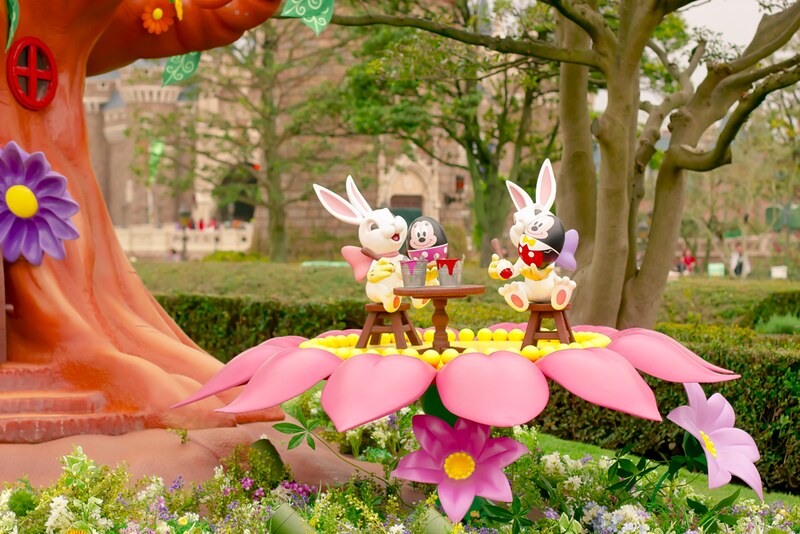 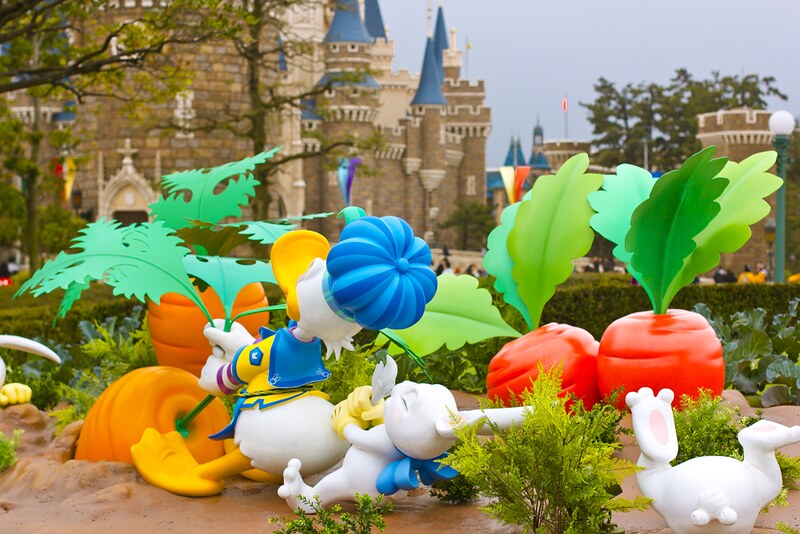 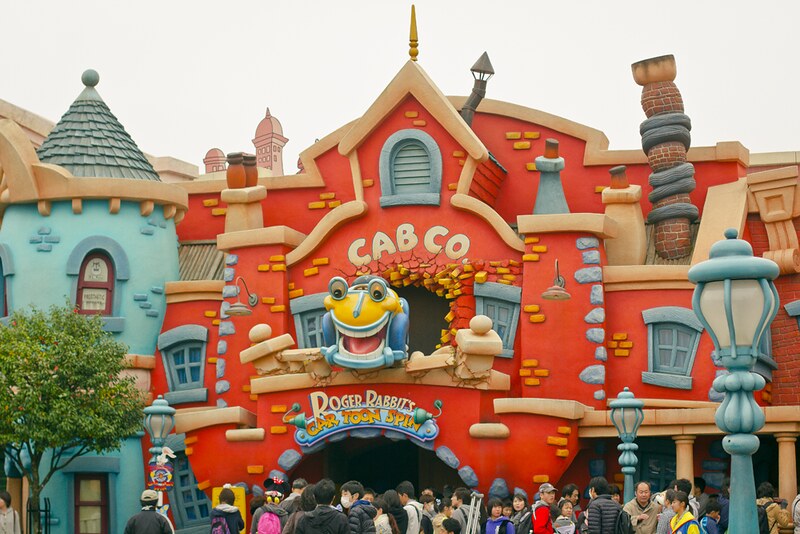 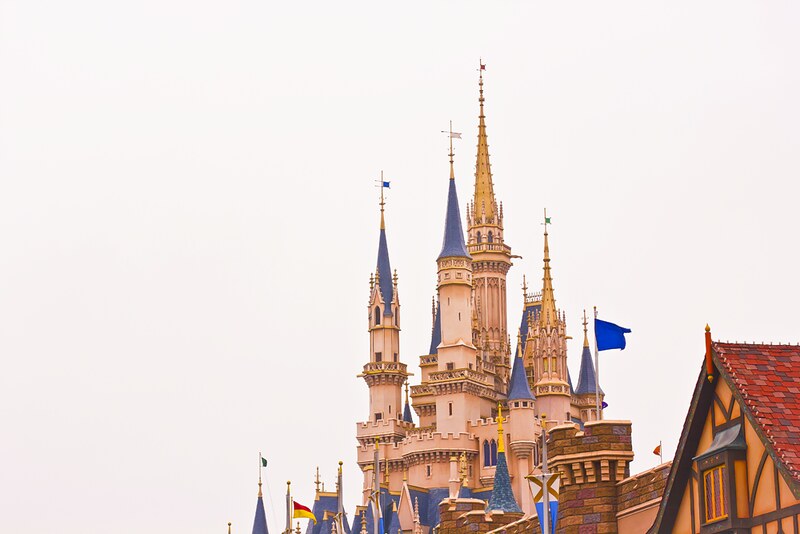 14 responses to “Easter at Disneyland Tokyo”