PeteFest: In Memory Of Pete Handley 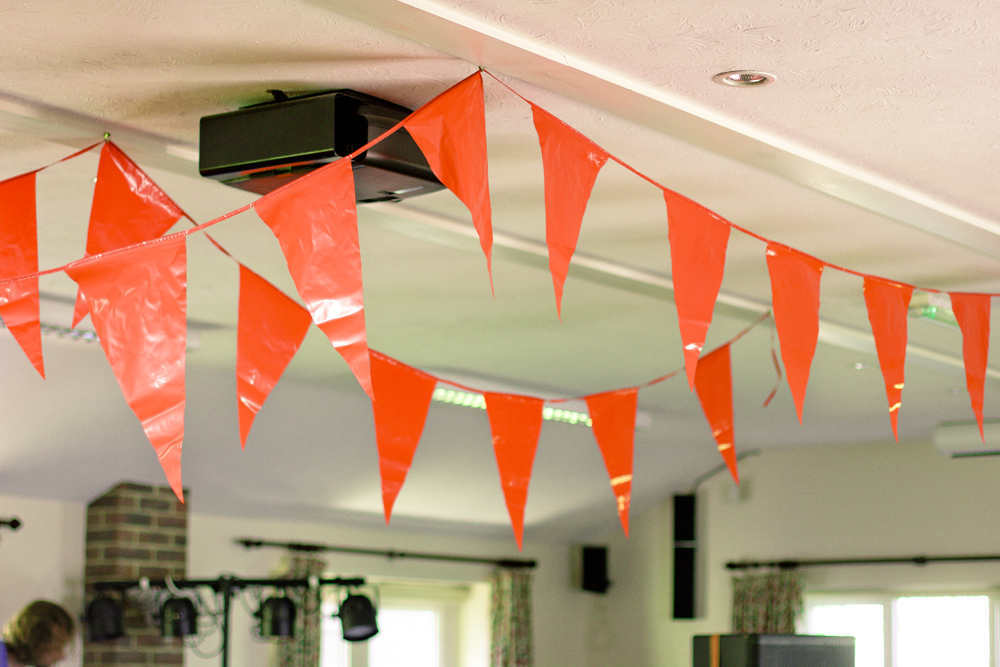 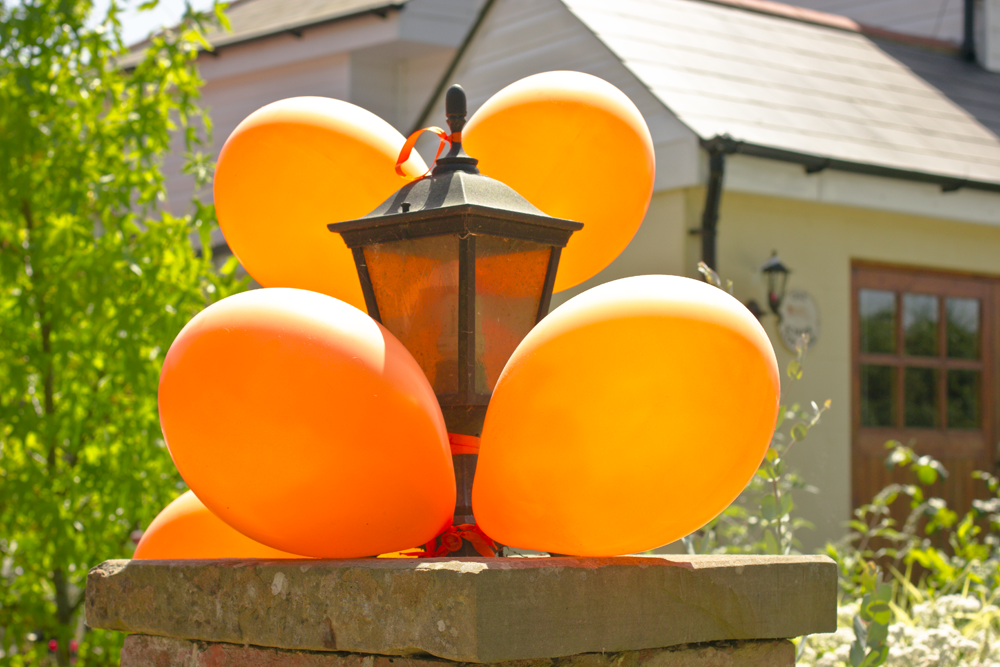 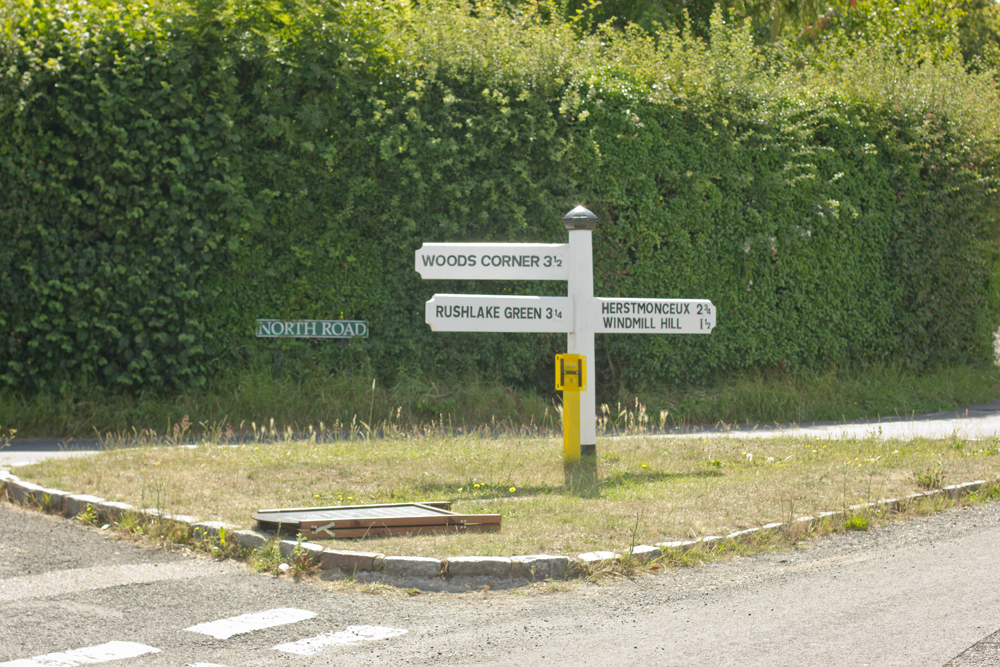 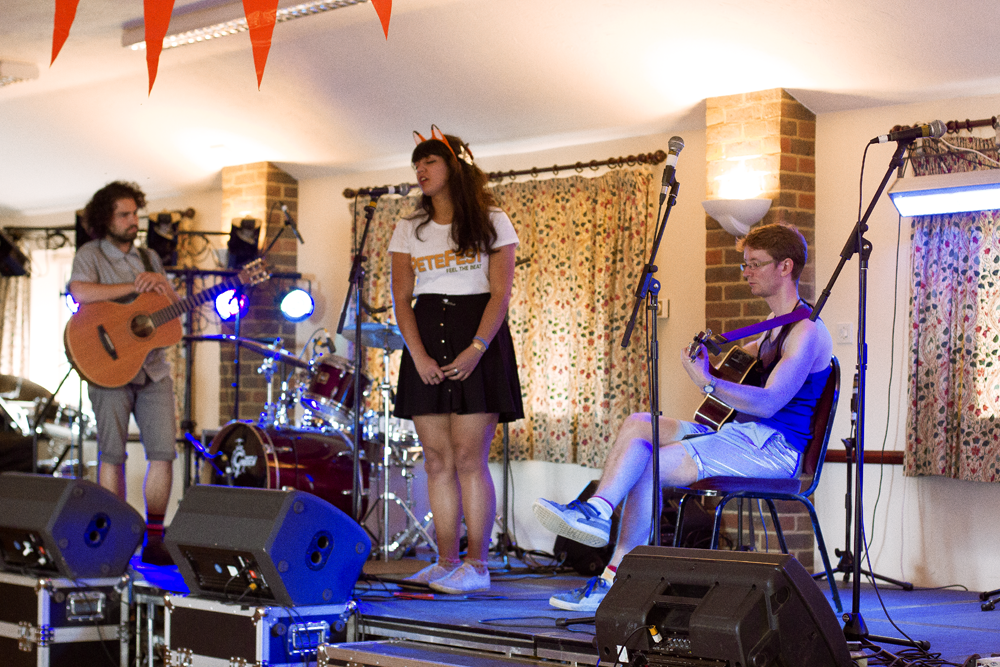 PeteFest is a festival which was created in honour of my friend Pete who died last year. I’ve posted quite a lot on Pete so long-time readers (thanks both of you) will be familiar with this part of my life, and if you’re following me on social media you probably saw me posting bits last weekend.

Pete’s wonderful parents had already told us: no sadness. The weekend was not for mourning, for grieving, for tears and choking up. The weekend was for celebrating, for smiling, for fun. For embracing and for making a lot of noise. For beer, for sunshine, for cake and for getting involved.

Everything there has said repeatedly; it was awesome. The music was diverse and interesting, the sun was shining, the people were friendly, the pints were flowing. The theme was orange; orange bunting, orange shirts, orange and ginger cake, ginger beer, orange balloons, orange ribbons. Even on an aesthetic level it made the whole weekend brighter; my camera got confused by the higher than usual levels of orange and tried to contort everything into being sepia.

Pete’s family are to be hugely commended for the festival as a whole. Their attitude and determination really dictated the whole festival; I don’t think a single minute passed without seeing smiles and hearing laughter; people dancing, joking, making friends, catching up or sharing a moment. To have a space to meet people we otherwise would not have met without having to outright make a big emotional deal out of it, is amazing. The organisers put in months of work and it really showed. 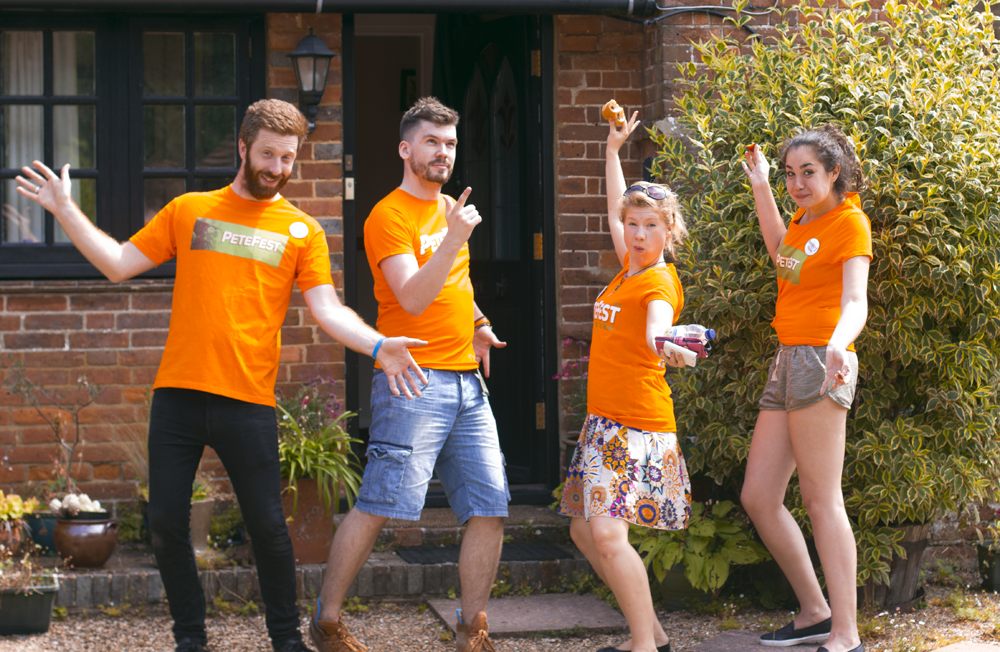 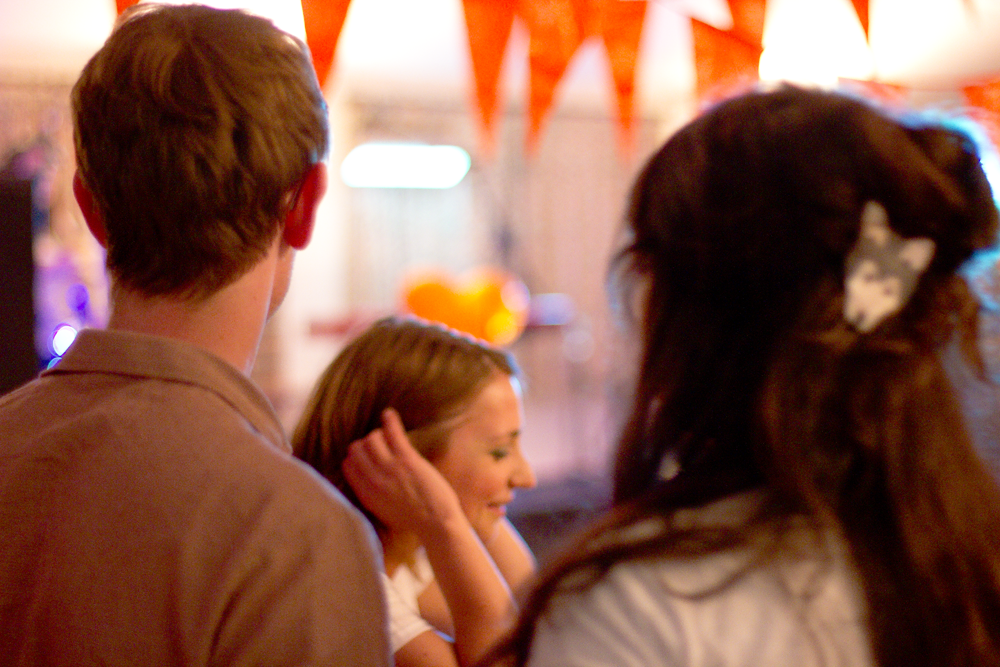 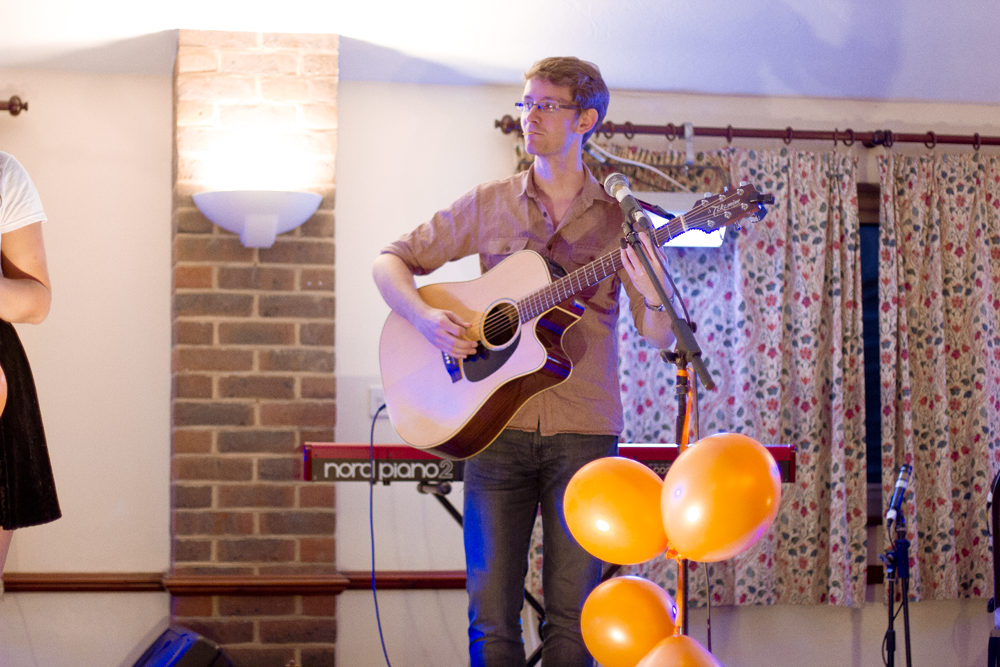 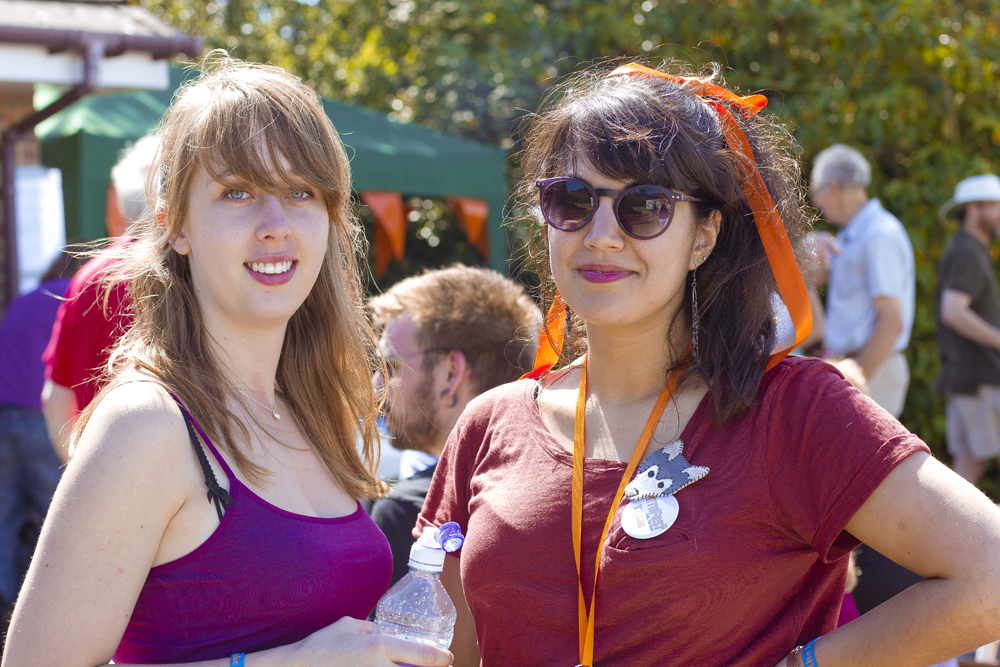 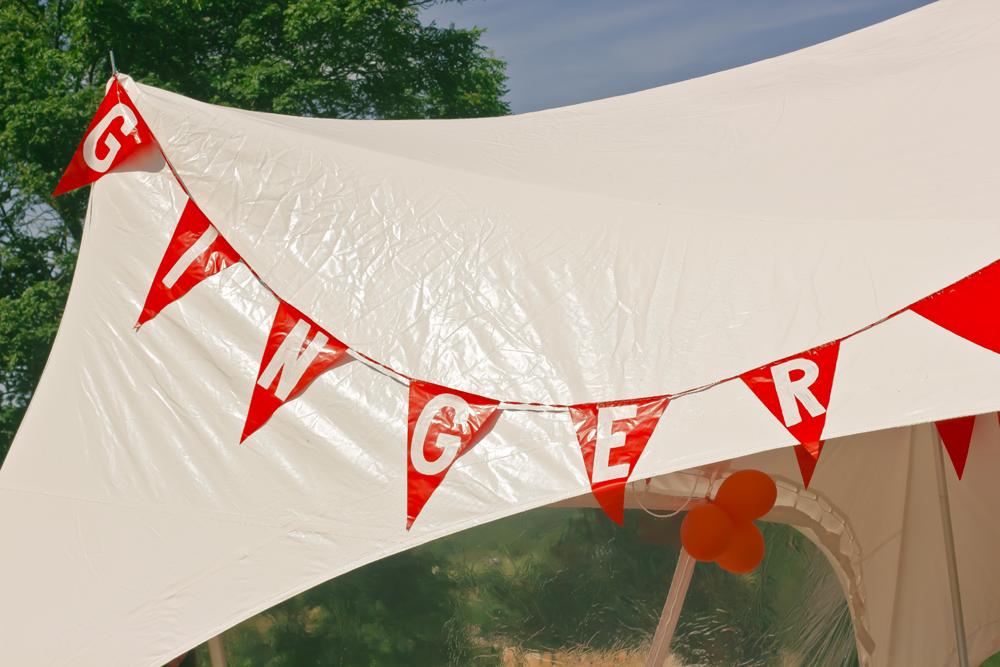 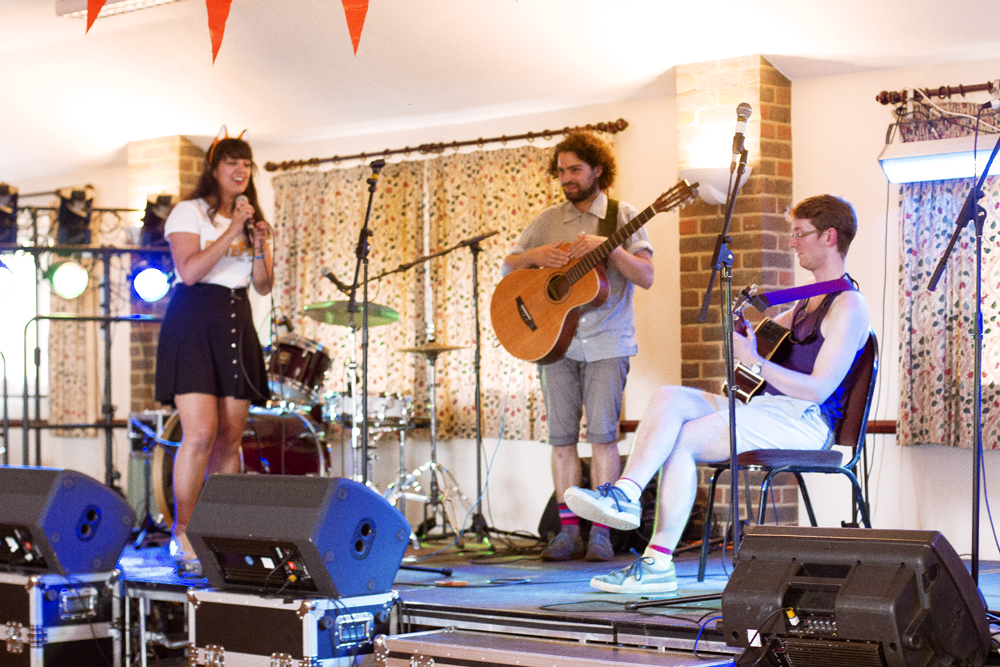 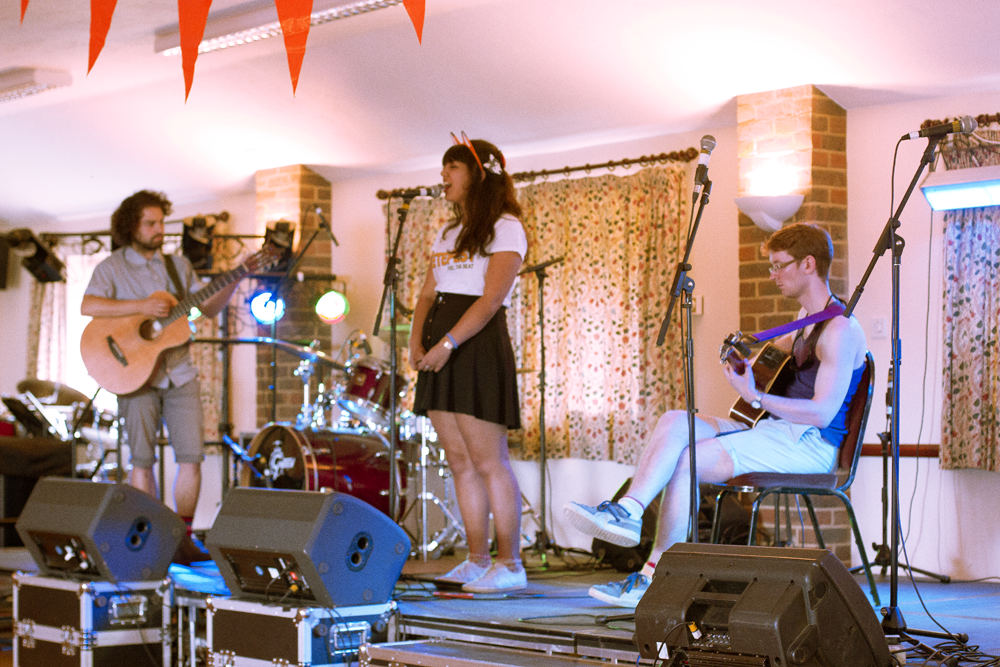 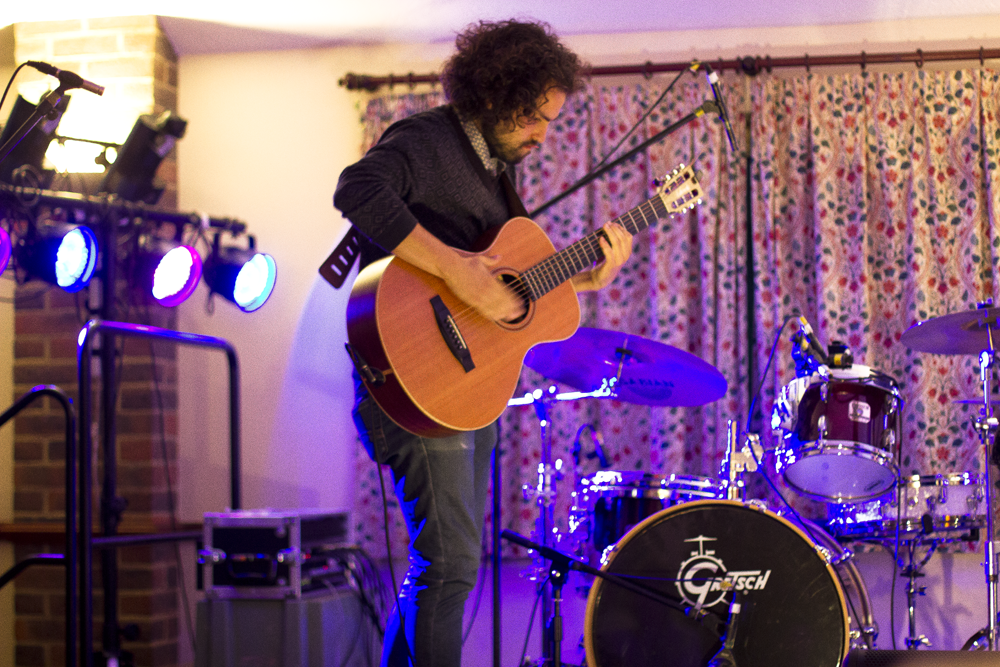 I lost 3 people close to me last year, all unexpectedly and all in their 20’s. Pete’s passing is the only one that has caused people to come together; creating festivals, awards, legacies. I’m not done posting about it or figuring it out (will I ever be?) but that’s not what PeteFest was for. PeteFest was for being happy.

For me, it was a weekend of confronting truths and being surrounded by friends. I intersected with the festival in a lot of ways and it was hard not to see what was happening through those multiple filters: I attended the festival, I played a (small) part in organising it, I performed several times under several guises, I helped promote it, I manned the social media and I made a small attempt to document it with my camera. I was a weak link; I turned in some truly awful performances which I subsequently felt disgusted about, and I also got very drunk. Luckily I had all my friends around. Besides, any festival that ends with the barmen buying you a pint is a success Pete too would have approved of.

I wrote so recently about my wonderful friends and they were all there at PeteFest. I had my closest friends from school days. I had James and Danilo, the remaining pillars of my personal and irreparably broken triumvirate. I had the people I think of as family and I had my actual family, however that goes down. I’m perennially the one with my crap least together, but for my part I fell asleep surrounded by all my oldest and dearest friends; all the people who know me best and care for me most sleeping in the same tent. I remember thinking as I fell asleep; if I don’t feel safe here and now, where and when will I? And that was PeteFest. 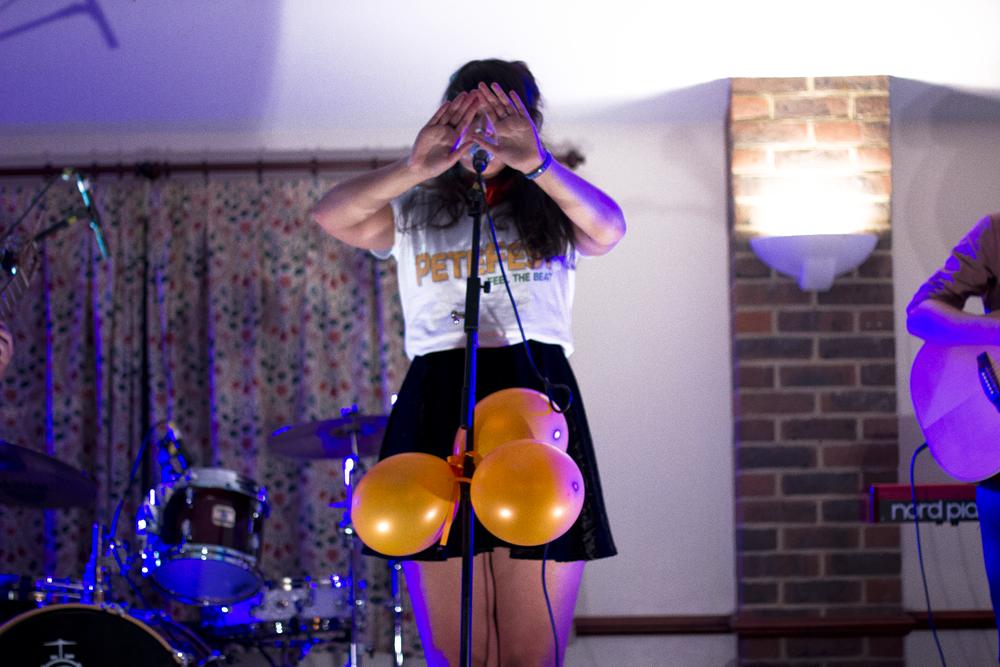 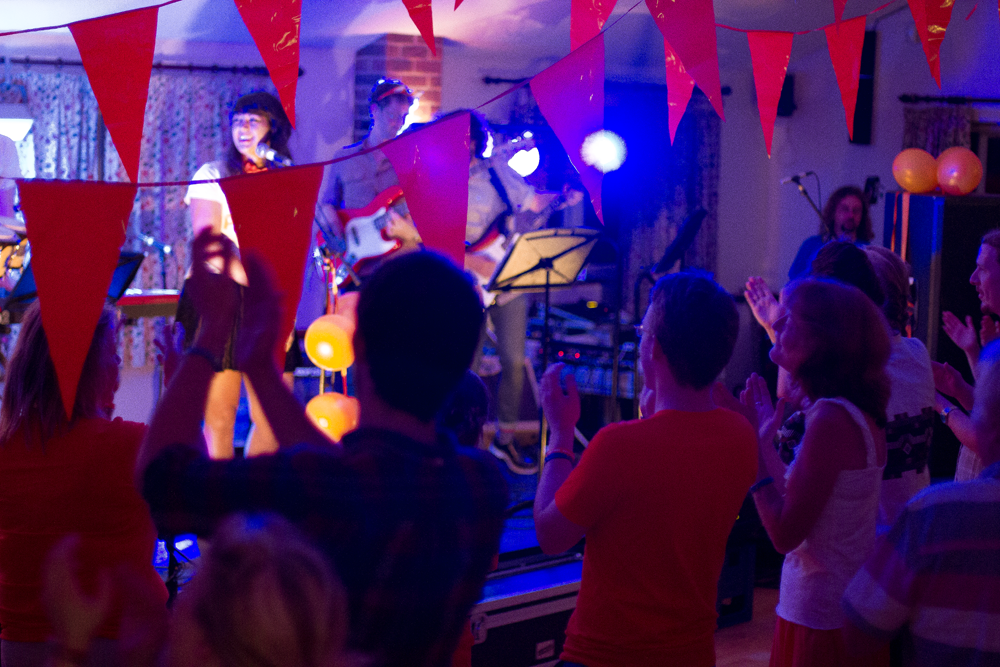 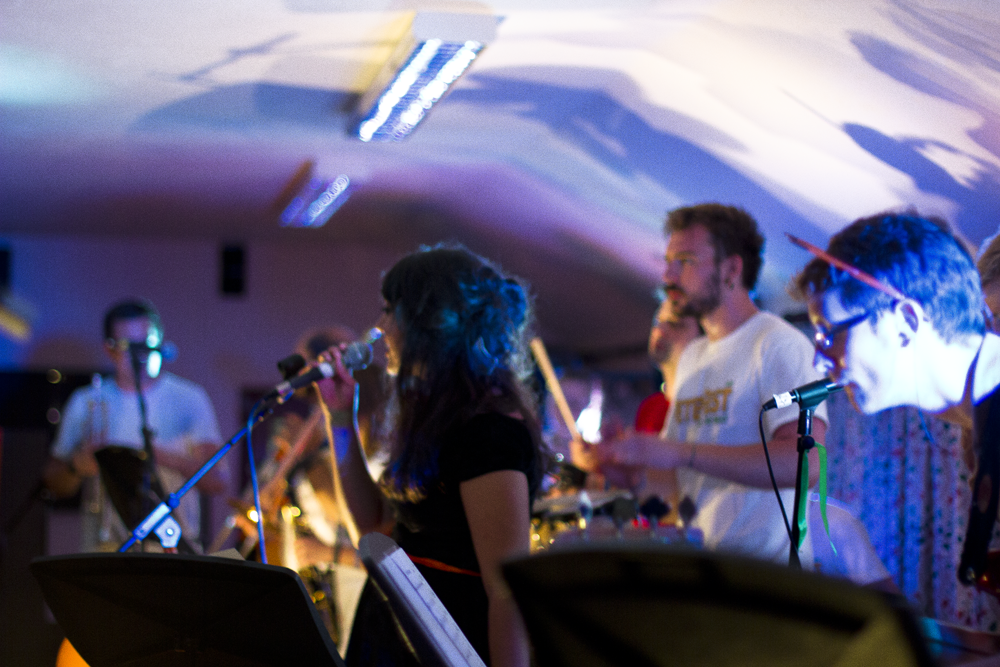 Alongside the festival there is also an award set up in Pete’s memory. You can read more about it here. I know a couple of you have written to me in the past that you were so moved by previous blogs that you decided to donate, and I can’t tell you how much that means to me. That I have readers I have never met who are so kind and generous and giving is really incredible. Thank you so, so much for your support and for your love.

I’ve shared mostly photos of my friends and myself on this blog as I thought it would be weird to share photos of people I don’t know on a personal blog; but it’s weirder I feel that way as a) all the photos are mine and b) they’re all publically on the internet anyway. So if you’d like to see more they are all up on this page. If you’re in one of these photos and don’t want to be – please let me know and I shall remove it immediately. 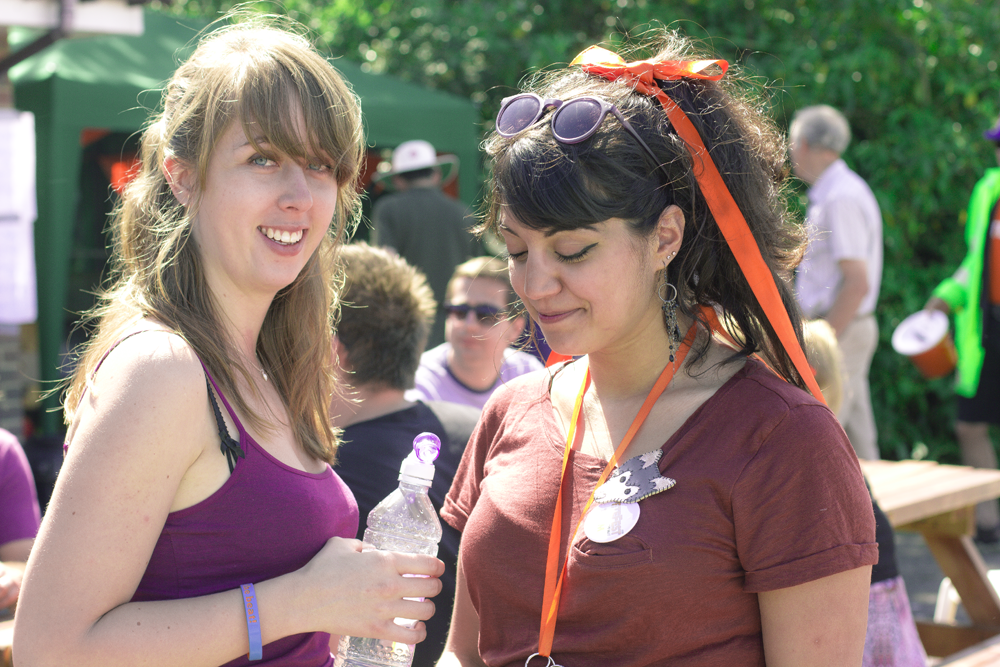 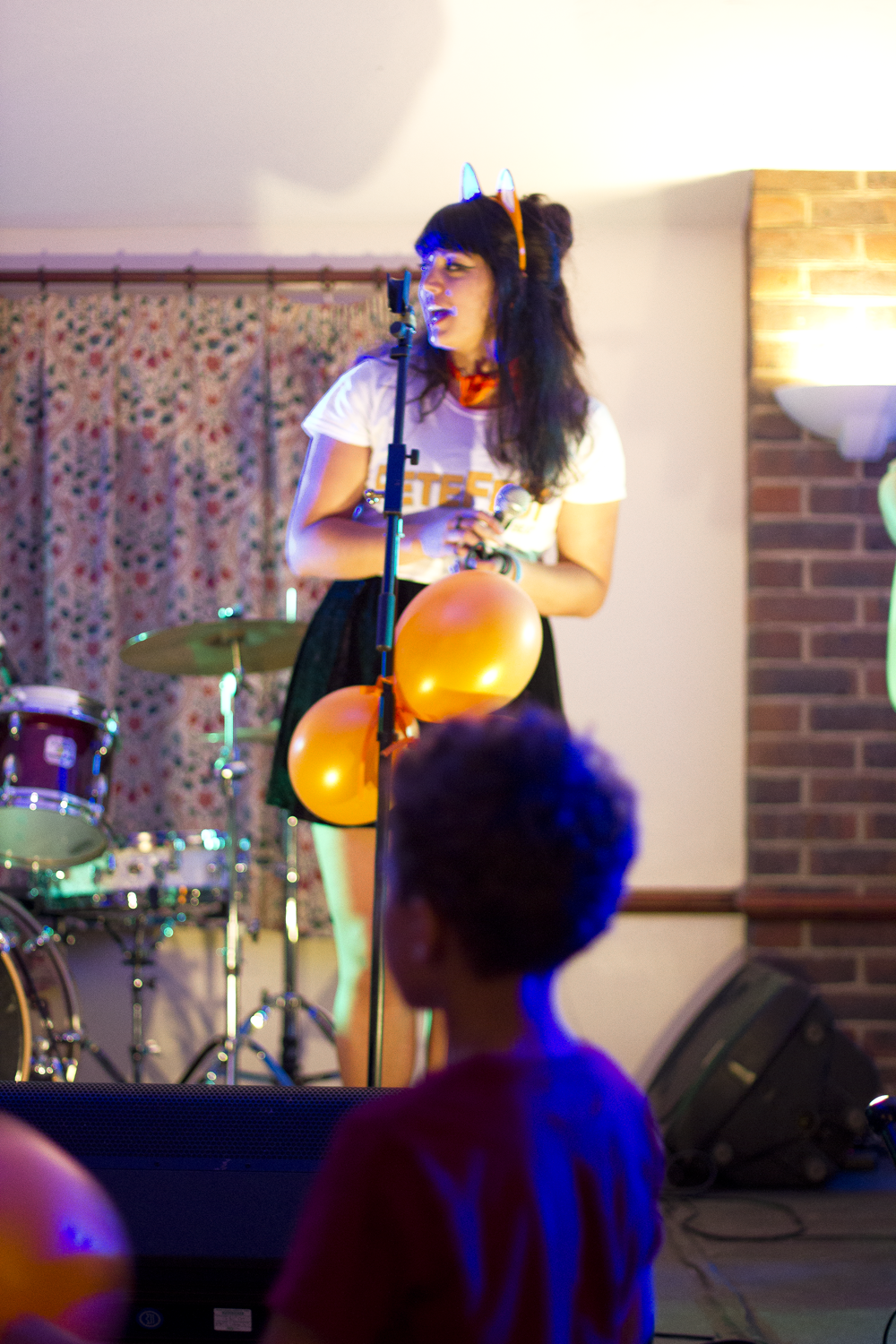 The First Year Without You

19 responses to “PeteFest: In Memory Of Pete Handley”