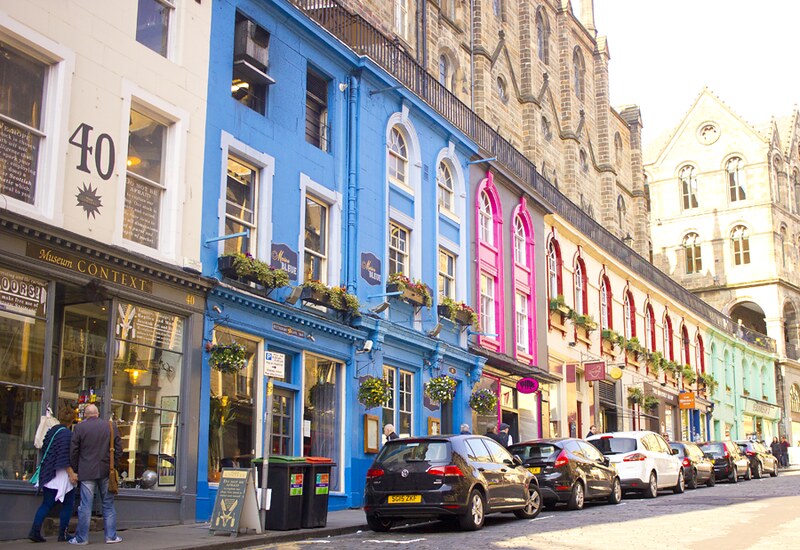 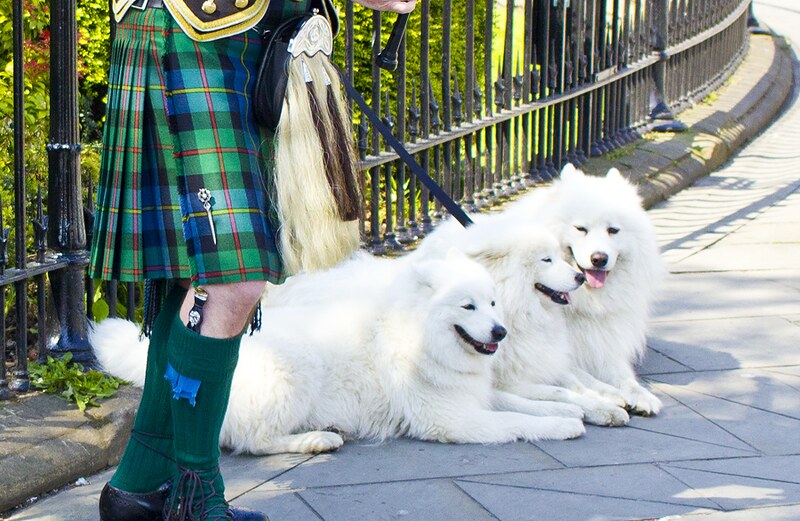 Last week I went on a flying trip around the country. My first stop was Edinburgh, one of my favourite cities in the UK!

I’ve spent around a year total in Edinburgh, but always exclusively during the world famous Fringe Festival. I’ve written before about Edinburgh, but as that post was altogether more prosaic I thought I’d take the opportunity with this trip to make a brief guide to some of my favourite spots in the city. Read on for haunted tombs, literary landmarks and independent art galleries! 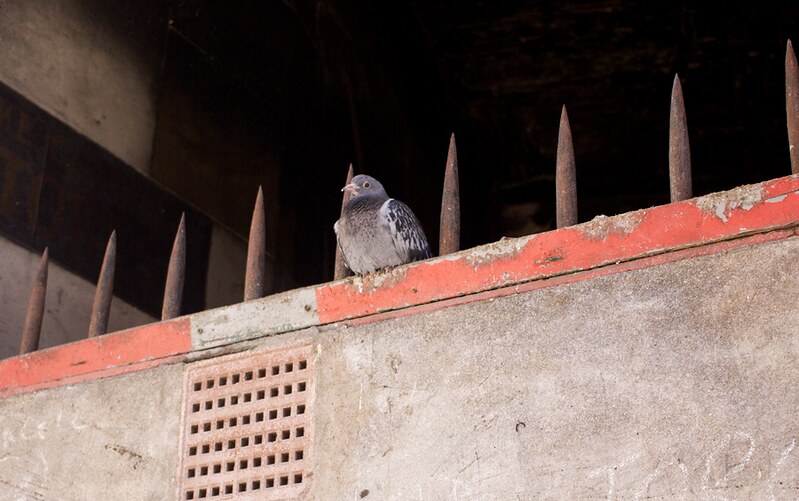 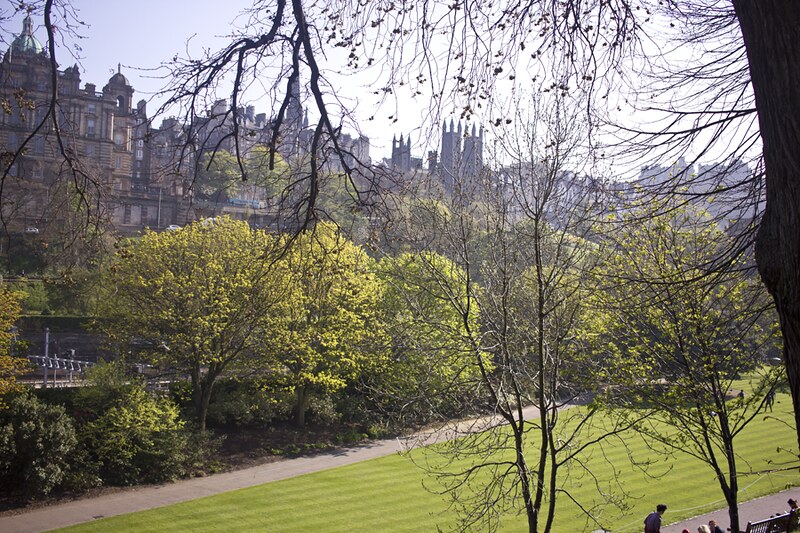 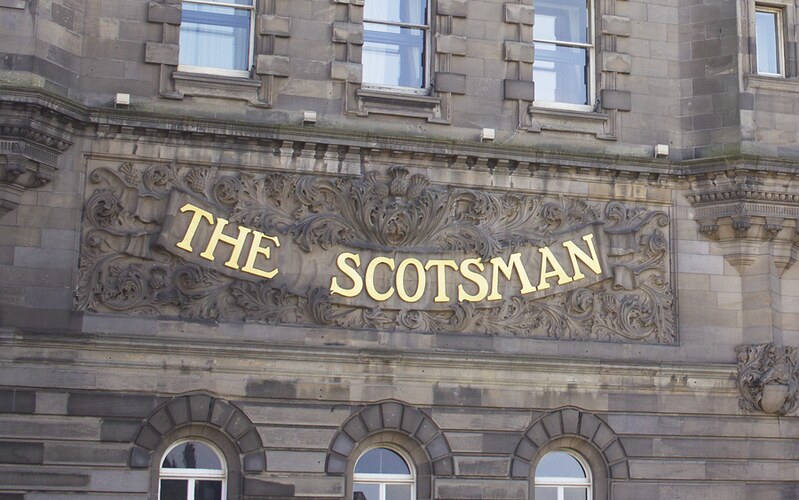 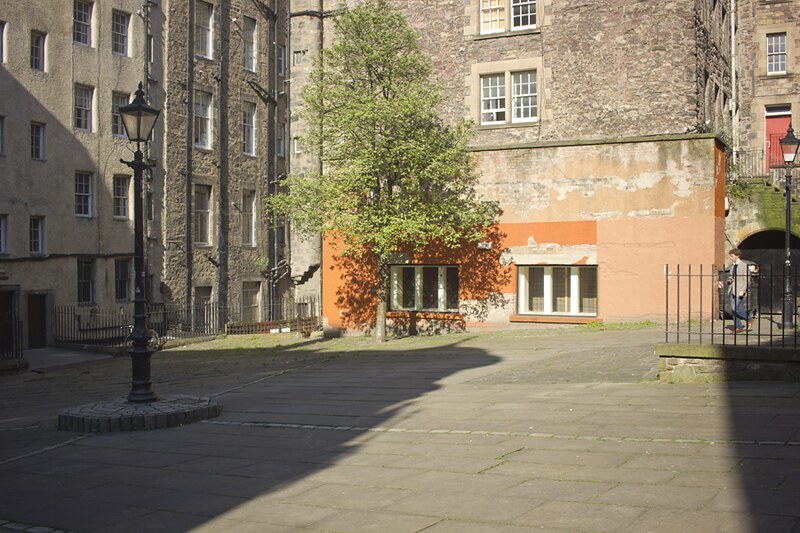 About 100m from the lovely Grassmarket area on Candlemaker Row, you’ll find Hannah Zakari. I stumbled upon this shop during my first Edinburgh and fell in love with the gorgeous layout and the quirky selection of jewellery, stationary and other treasures. They’re online if you fancy a browse! 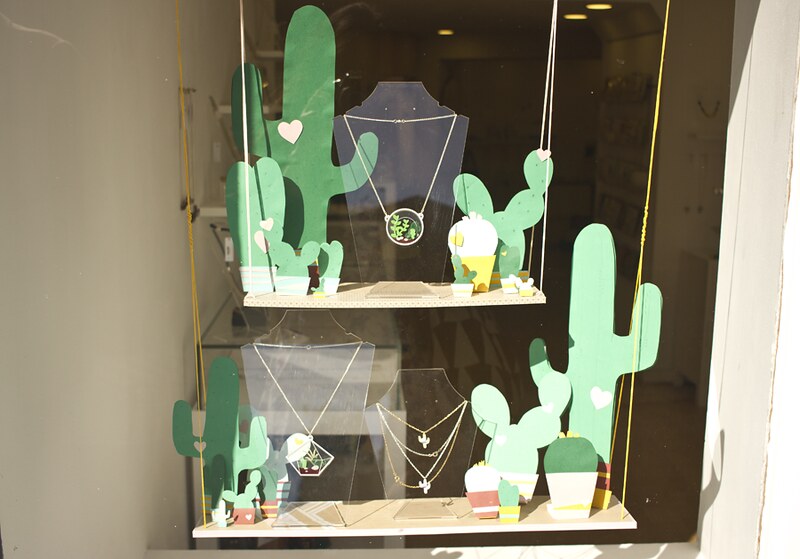 Armstrongs is vintage HEAVEN. I could have sworn I took more photos but they’ve disappeared from my camera – trust me when I say the shop is filled to the brim with vintage treasures: all reasonably priced, colour co-ordinated and beautifully laid out. I’ve never left empty-handed! There’s a couple of branches around Edinburgh, but my favourite is the one on Grassmarket. 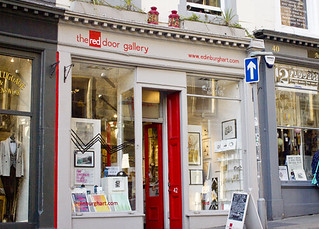 Situated on colourful Victoria Street, The Red Door Gallery has been host of independent art, prints, homeware and jewellery for over 12 years. Have a look here! 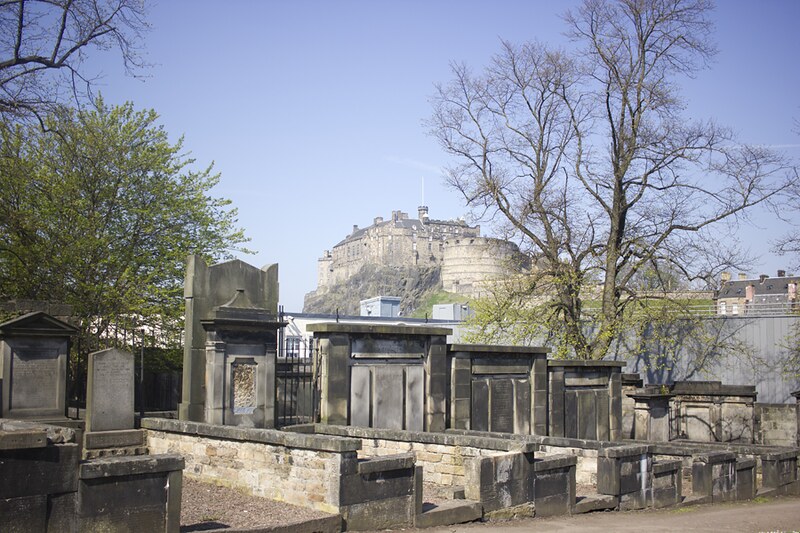 Greyfriars Kirkyard is a large graveyard in central Edinburgh. There’s a lot to see…! 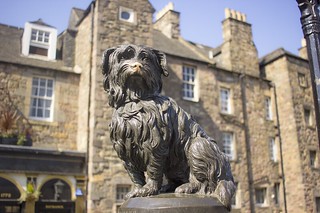 Greyfriars Bobby was a dog who was so devoted to his owner that he slept on his owner’s grave every night for 13 years! There’s a statue of Bobby on the road outside the graveyard (as well as a pub), and a monument and gravestone just inside the main gates. It’s good luck to rub the nose of the statue!

The Tomb of bloody mackenzie 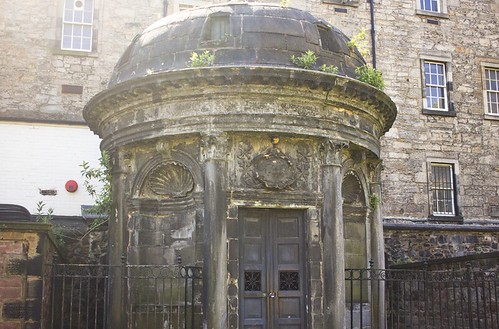 If you’re a fan of horror or mysteries, then you want to seek out the tomb of Bloody Mackenzie which is said to be haunted. The full extent of the bizarre reports of bite marks, scratches, chills and weird noises that have occured around the tomb is detailed quite well in episode 19 of the podcast Lore – we listened to it on the train up! 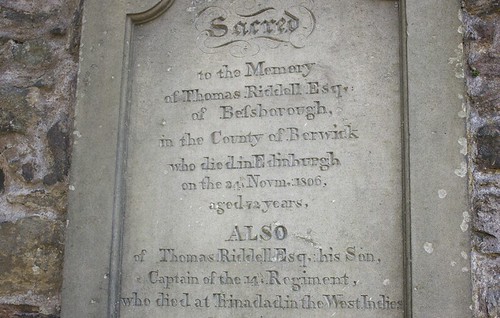 JK Rowling wrote the famous Harry Potter books whilst living in Edinburgh. A lot of it was written at The Elephant House (just down the road from the graveyard), and the school that inspired Hogwarts is visible from the graveyard itself. Many of the names were inspired by tombstones – we spotted McGonagall, Tom Riddell and the Moodie family whilst wandering around.

Ahhhh, the Jazz Bar. I’d estimate at least a third of my nights in Edinburgh have been spent dancing myself into a drunken mess in Jazz Bar until the very late hours. The best nights are on a Tuesday!

Just across the street from the Jazz Bar, a tiny pub which is always packed to the rafters and more often then not has a folk circle or jam session popping up downstairs. 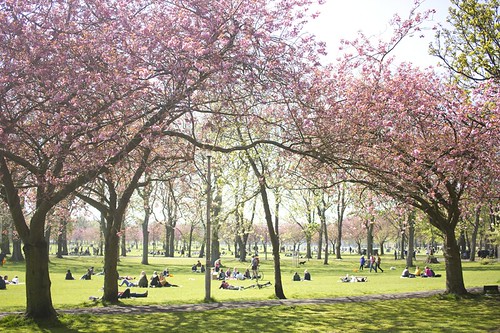 There’s some excellent street food around the meadows, and it’s a lovely place for a sunny day. Look at those beautiful blooms!

So, a few suggestions! I have tons more recommendations and when I’m back this summer I’ll take a lot more pictures to do a more thorough round-up… my food recommendations will be coming later this week as part of Vegan Club. In the meantime, let me know your favourite places in Edinburgh! 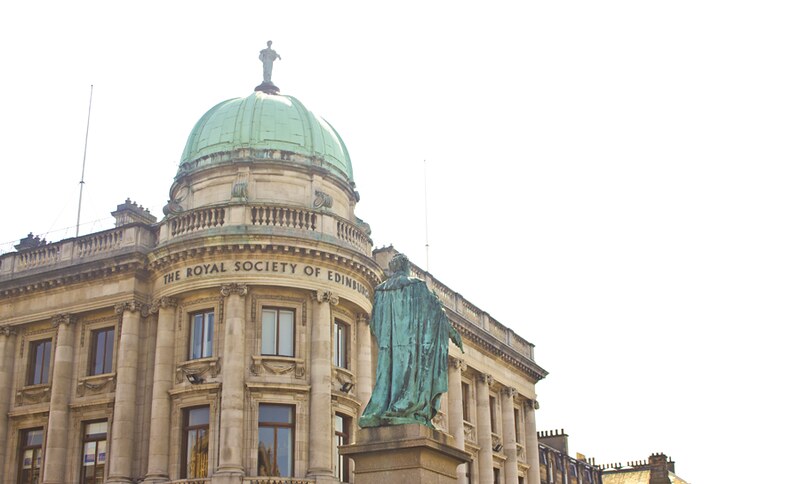 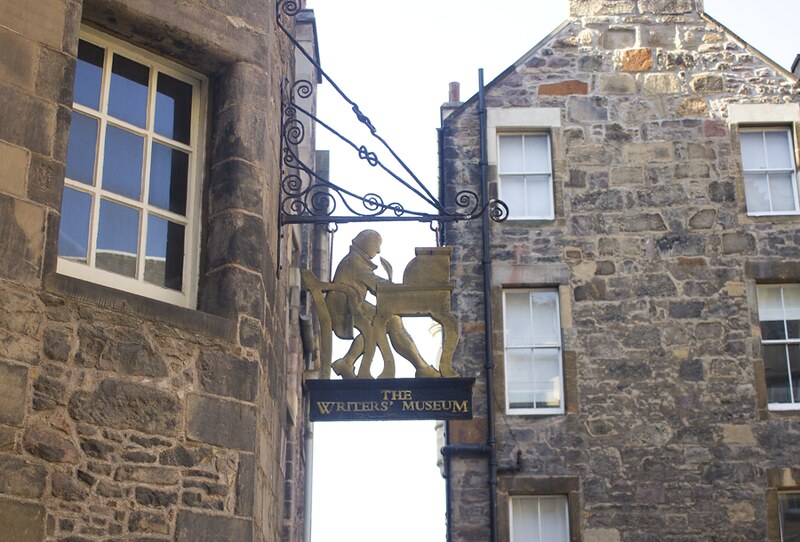 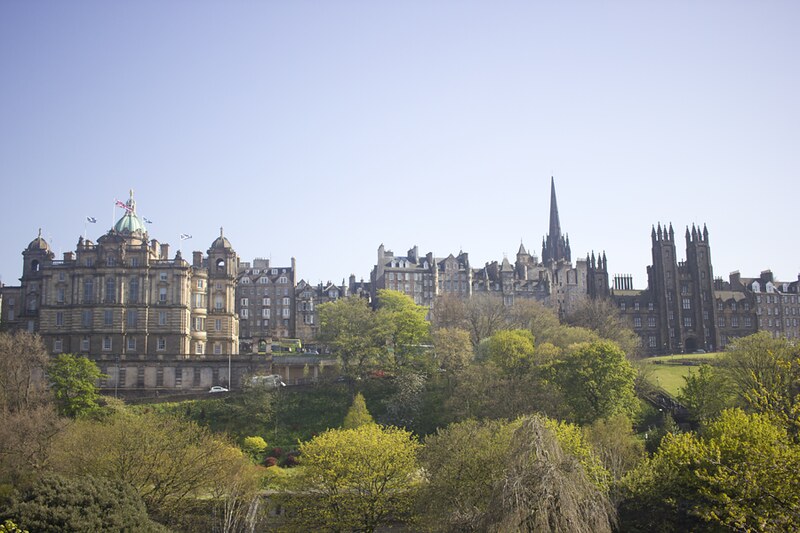 PREVIOUS POST
"Mini-Guide to Glasgow"
NEXT POST
"Getting Stuck On The Sidelines Of Friendship"
10 comments so far.