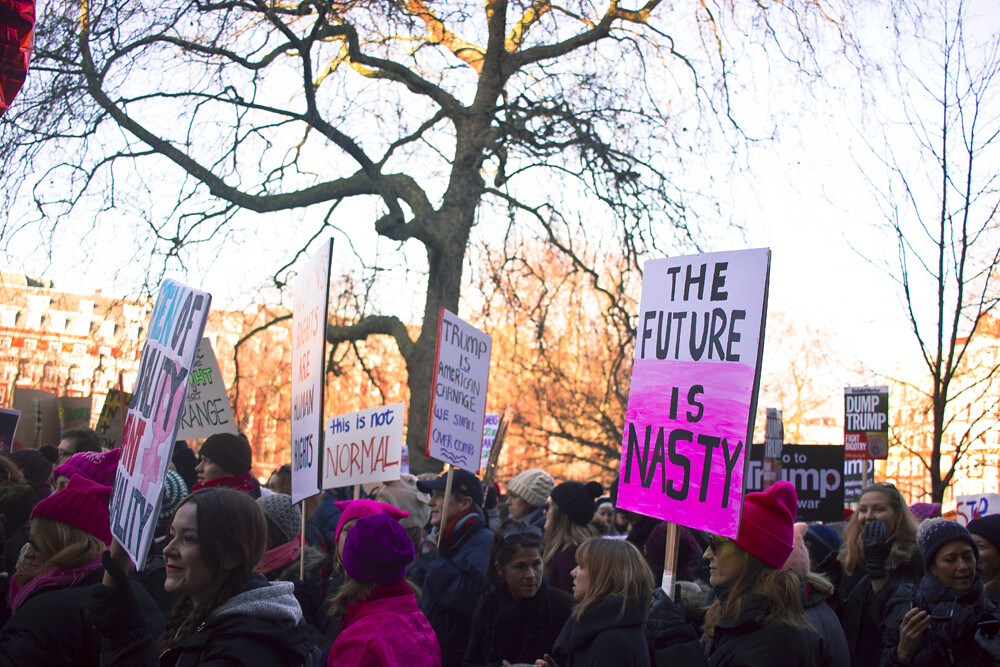 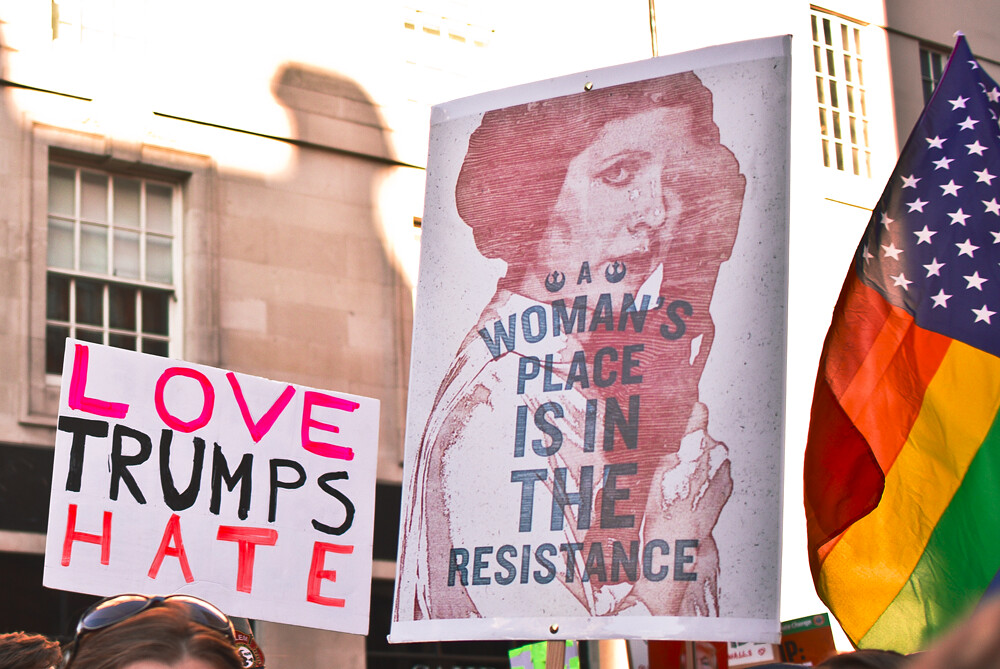 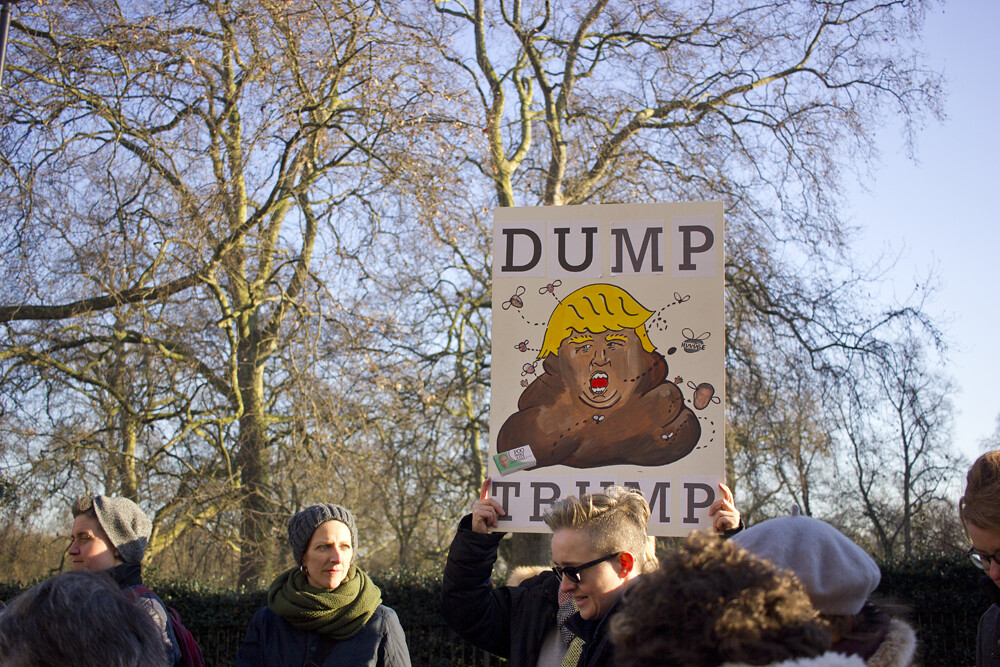 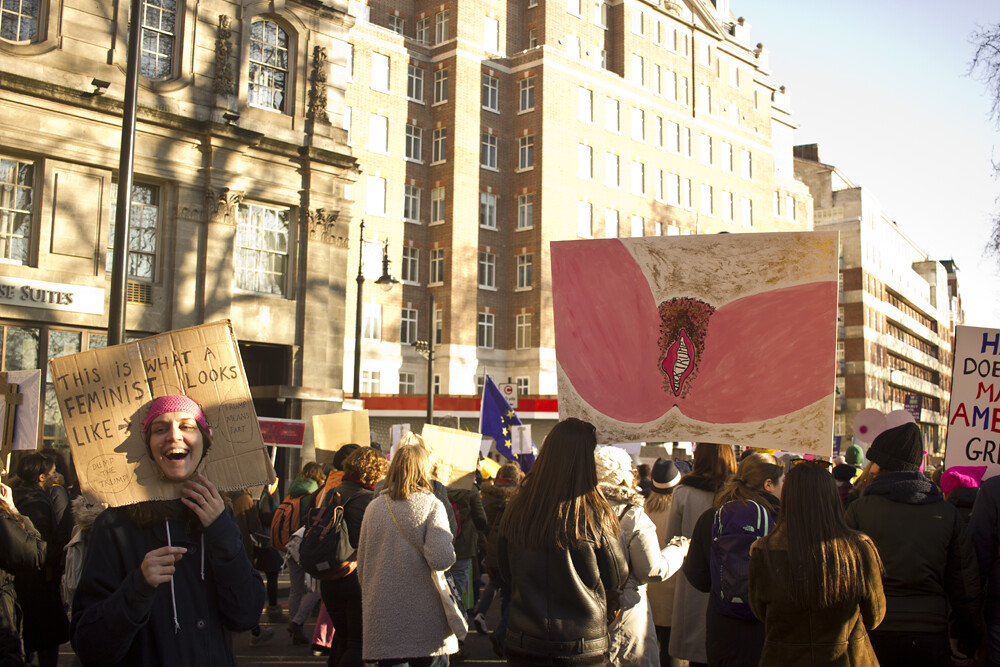 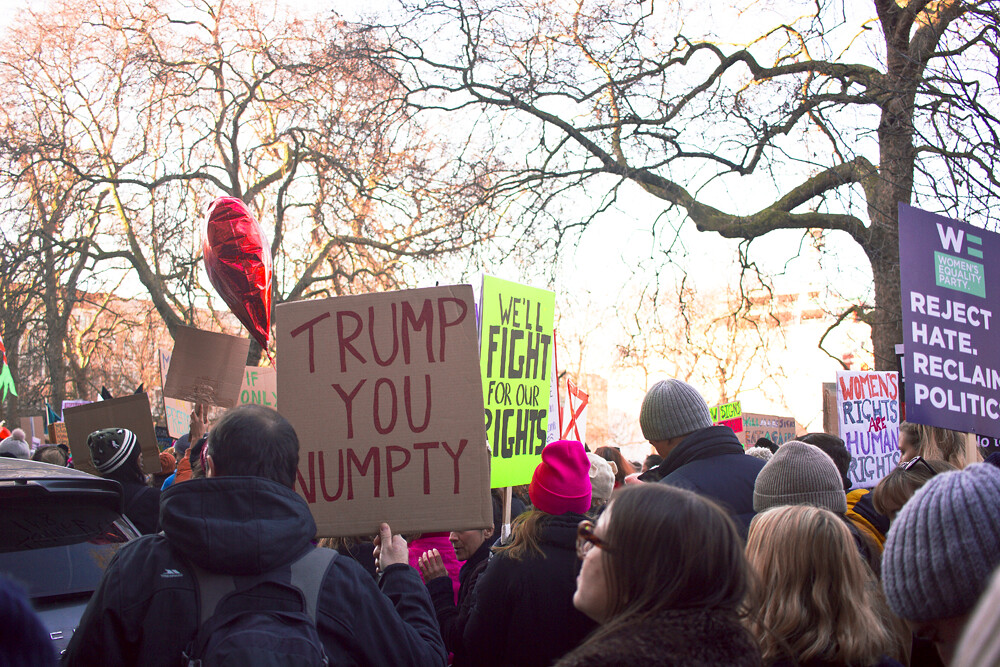 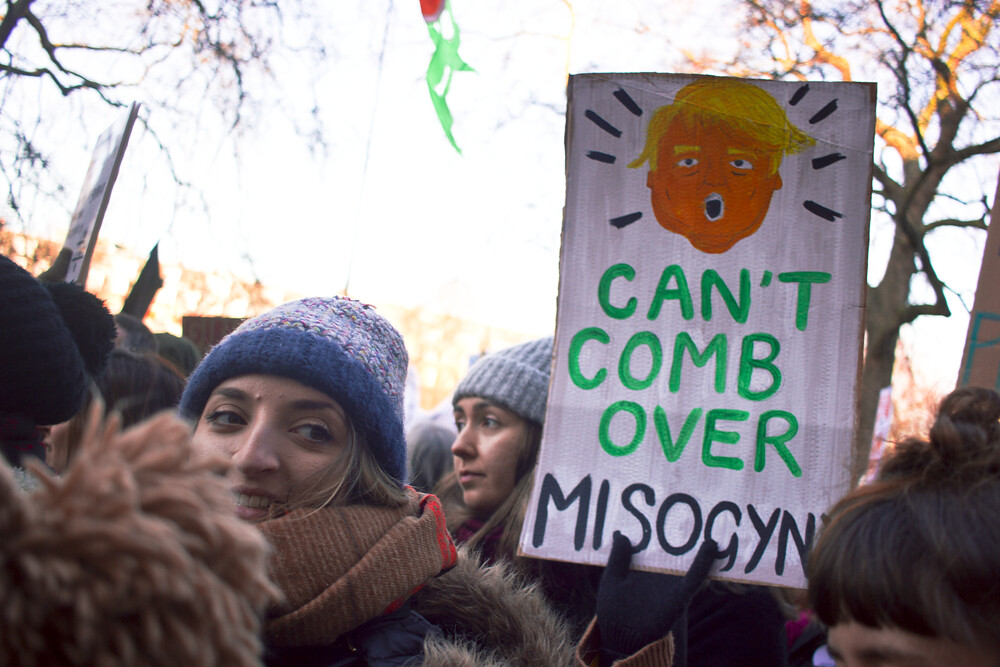 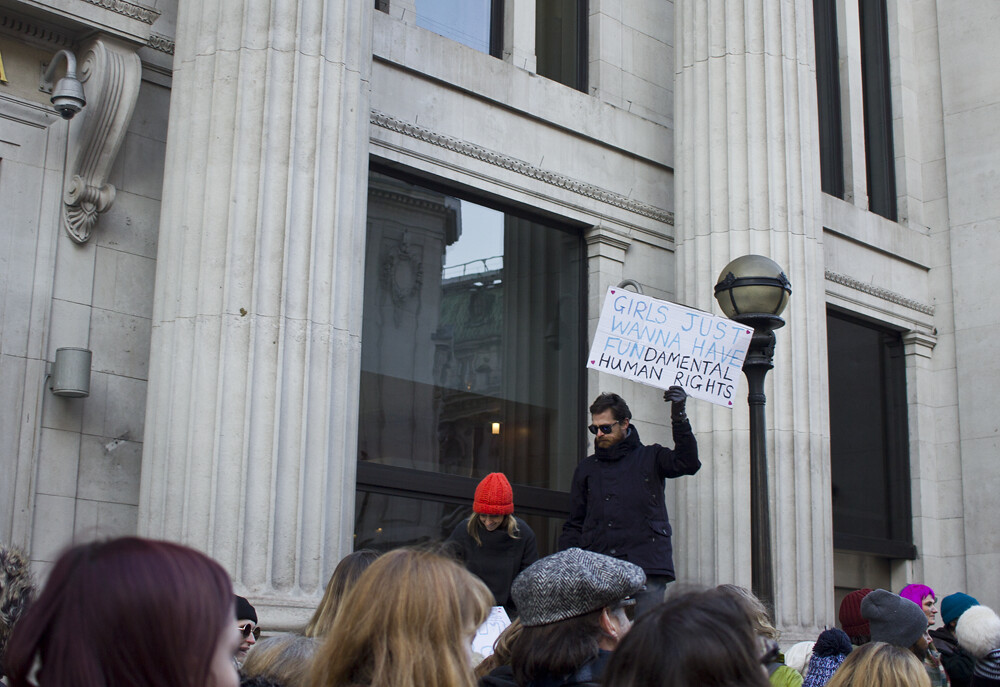 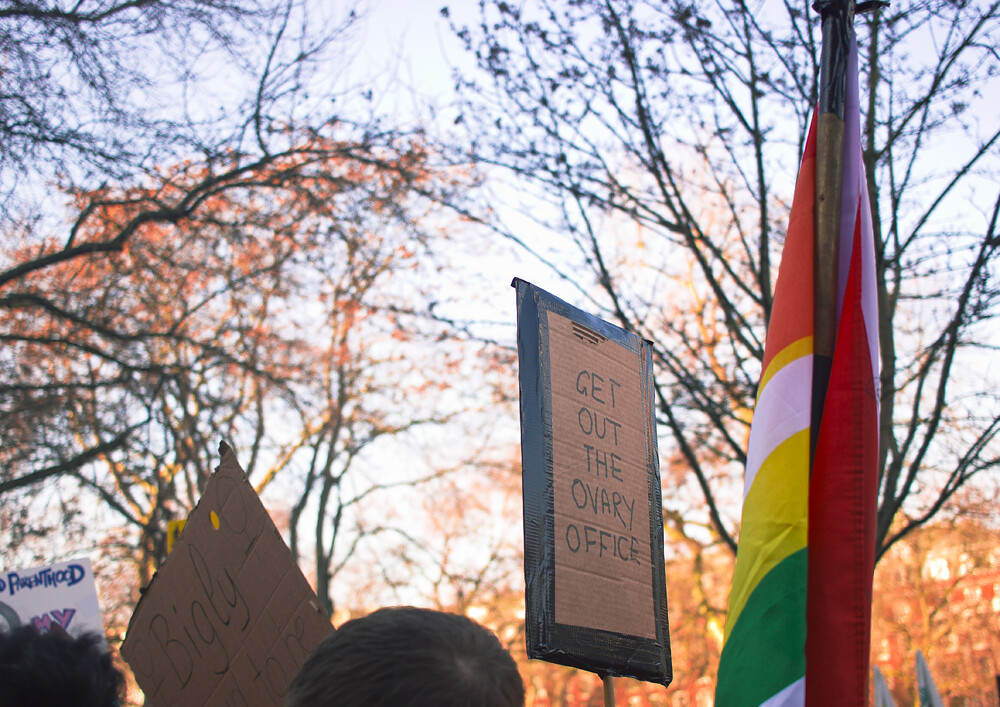 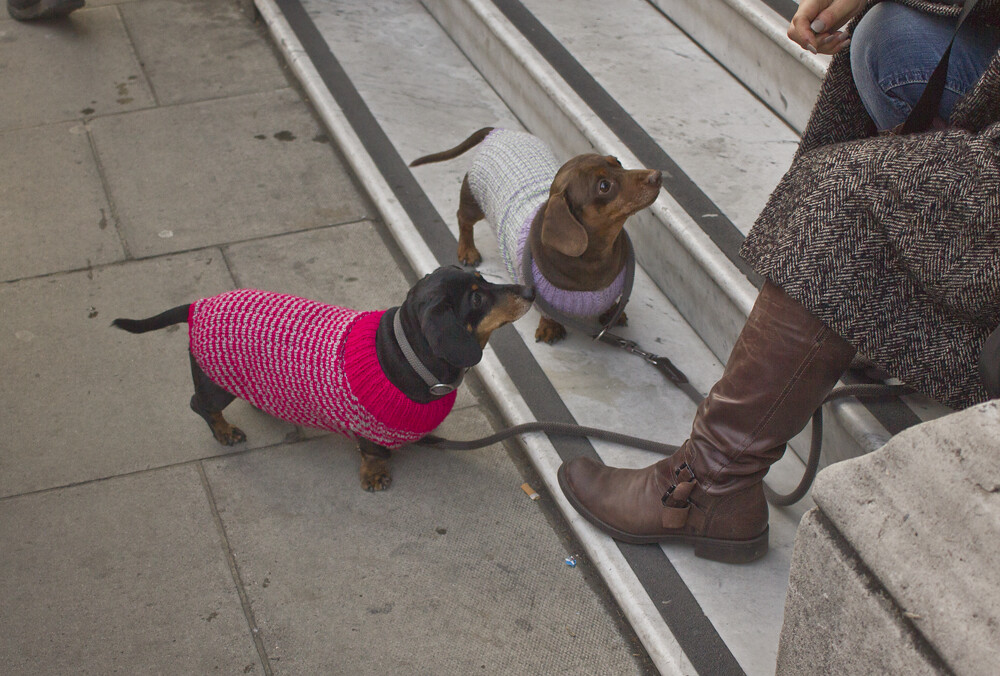 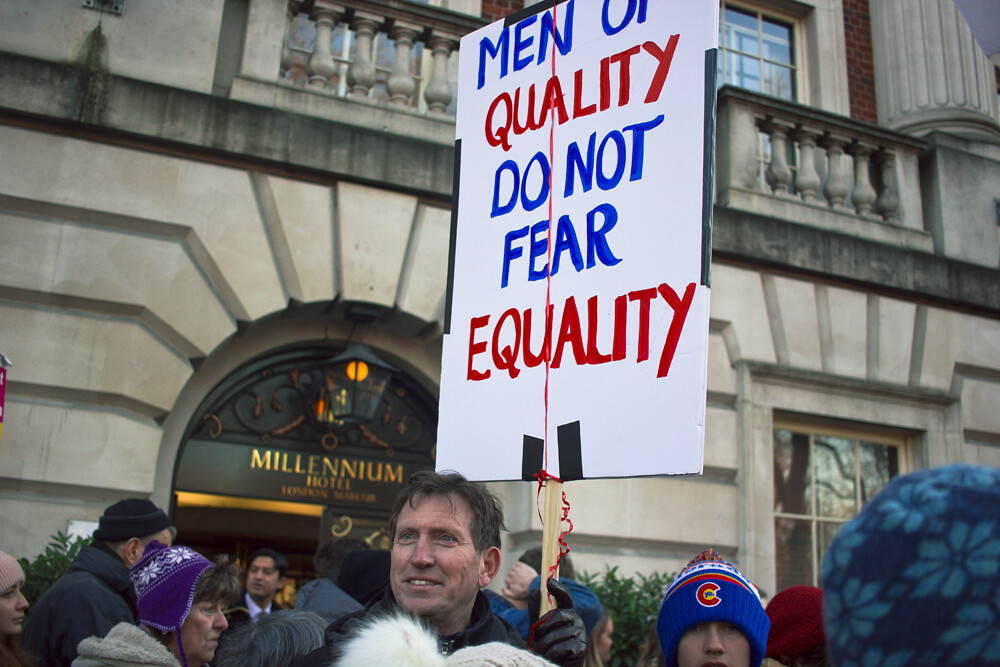 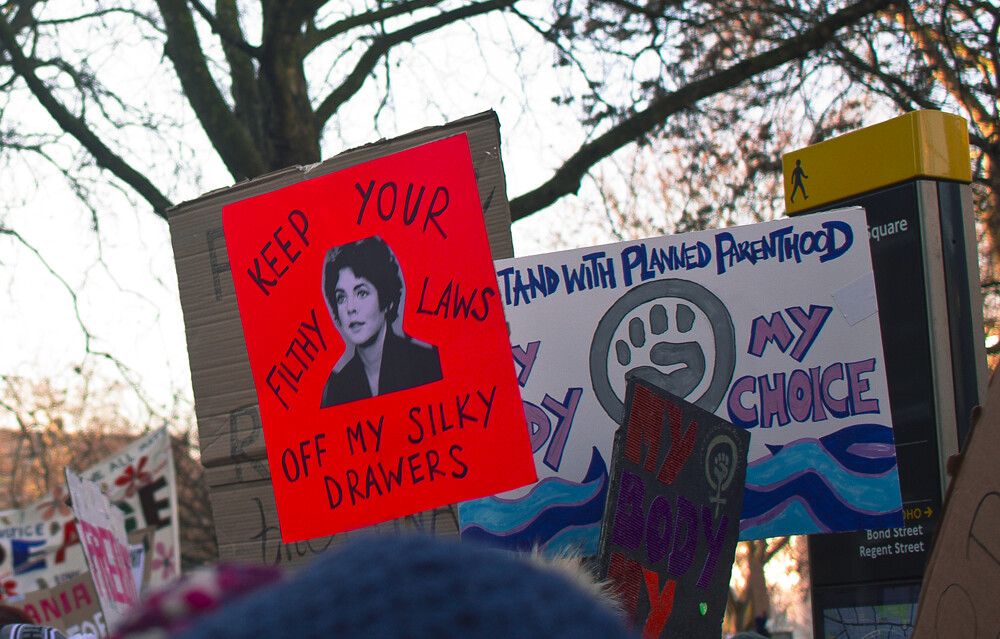 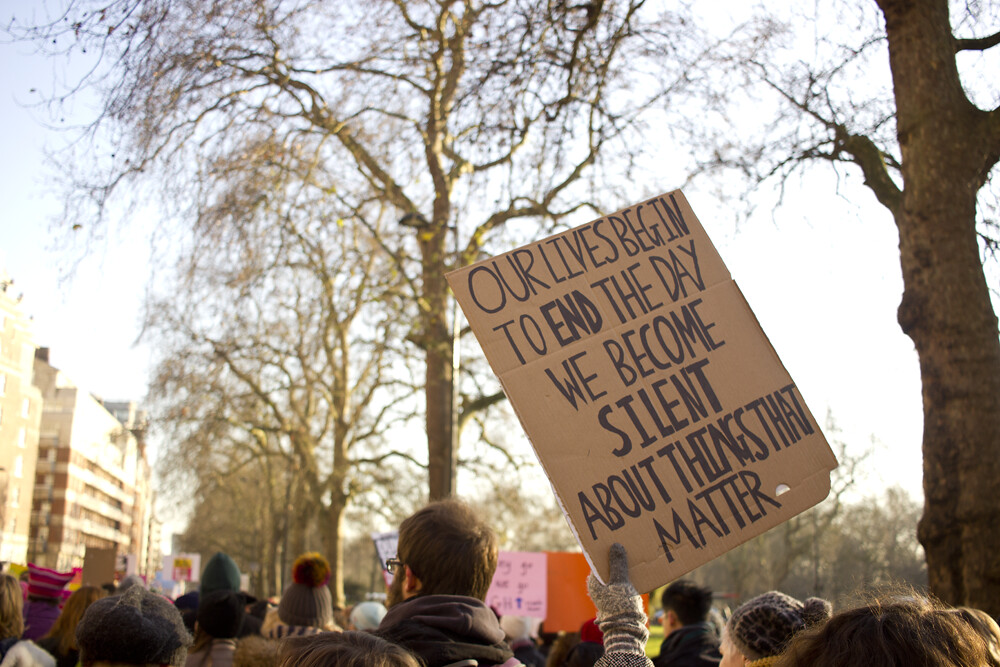 Yesterday I joined the Womens March in London, the city of my birth. I want to talk more about the reasons I’m so angry. About sexual assault and the Muslim parts of my heritage. I want to talk about how troubled I was by the number of friends not speaking out, and therefore accepting Trump. About how it will not be easy or fun to look after each other. How we will all need to be uncomfortable. I want to talk to you, no, TELL you, without any shred of doubt, that however hard it is being a woman (and it is hard), it is far, FAR harder being brown and having your name slowly becoming synonymous with terrorism every single day. It is terrifying.

I want to talk about all those things and I will, in time. But right now I want to share the march with you. A day that was happy and strong and affirming. The pictures I took and the people I met. It was a joyous and beautiful day; we were surrounded and supported. There were people of all ages, backgrounds and cultures, including lots of families and kids.

I carried a sign saying “Brown Girl Magic” on one side, and “My Pussy, My Rules” on the other. Three women stopped me to photograph the Brown Girl Magic side. One woman in her fifties (white) said she had a friend who would love it. And then she just started saying “I’m so sorry, I’m so sorry. You’re so, so welcome” and looked almost tearful. I was about to say “I’m actually from London” when I realised it didn’t matter. 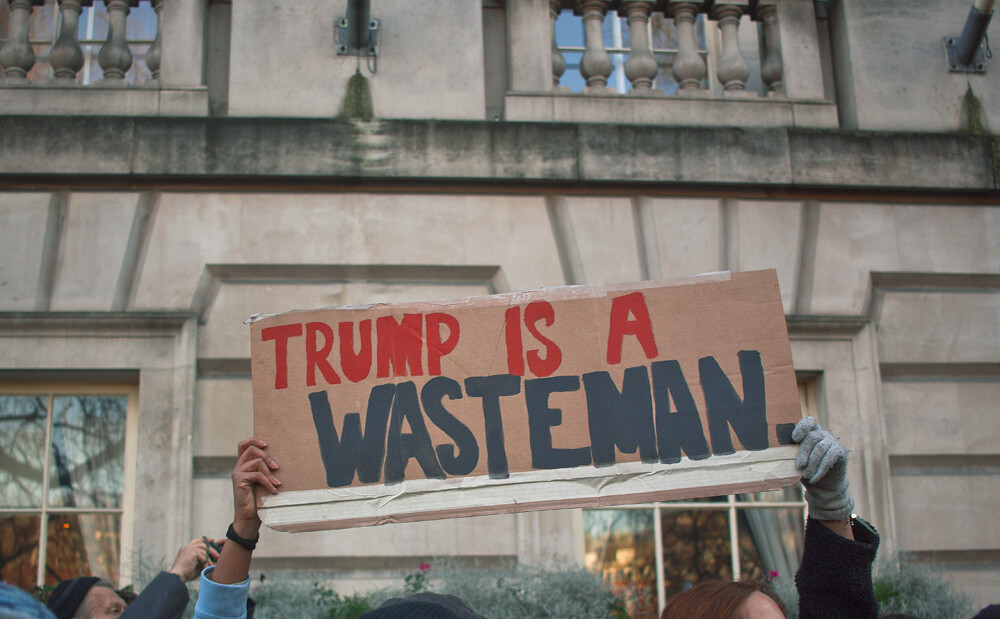 On the tube to the march, I met an art lecturer in her fifties and two students from France, all headed to join in. One of the students suffered from anxiety and dizziness – she told me she might spend most of the day in a cafe watching, but no way would she miss it. I met a family of 5 black women originally from Houston; they moved to Kent 6 years ago. When I mentioned that I also have family back in Houston the grandmother swept me into a big hug.

My favourite sign was on a literal petticoat, simply saying “Resistance Is Everywhere”. We also saw a really young girl holding a handmade sign that said “Hey Mr Trump, do you know what this wonderful thing is? It’s called a brain” which is somehow both scathing and adorable.  There was a group holding a grotesque Trump puppet, a furry pink pussy sign, and a sign written in Arabic which said “We Feel, Too”. The sign that compared Trump to Voldemort and the one that had Trump’s face photoshopped onto Professor Umbridge.

Overall it was a really affirming experience. I’m excited and proud to be part of this society and to live in a city where so many people know the importance of a peaceful protest. We may not change laws or have any radical effect, but just knowing we have each other is a huge start. I feel like we’re part of a huge message sent round the world; both a call to arms and supportive hug. Let’s see what else we can accomplish. 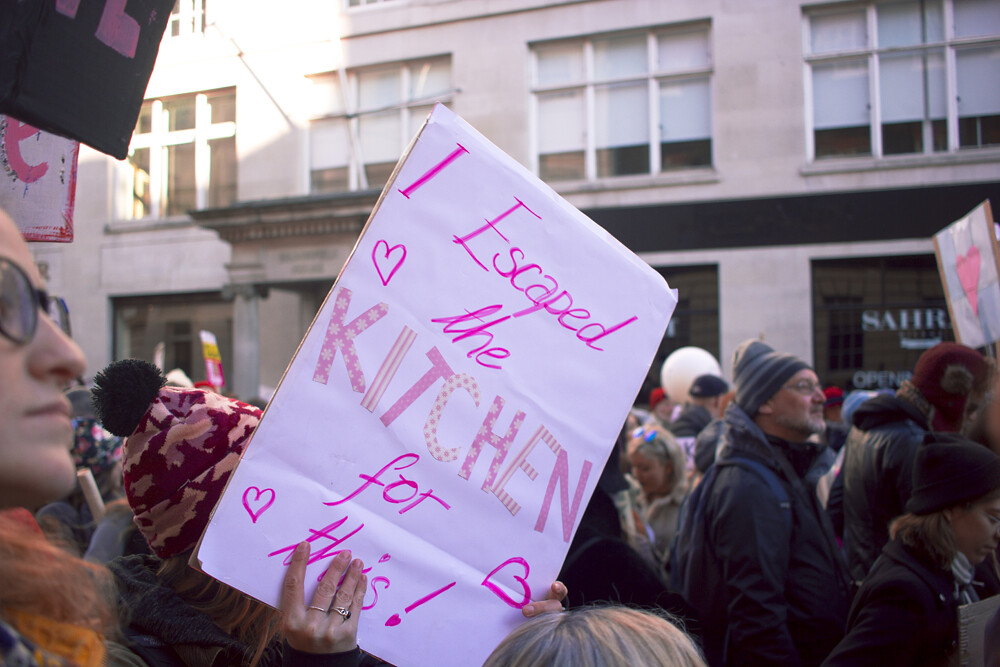 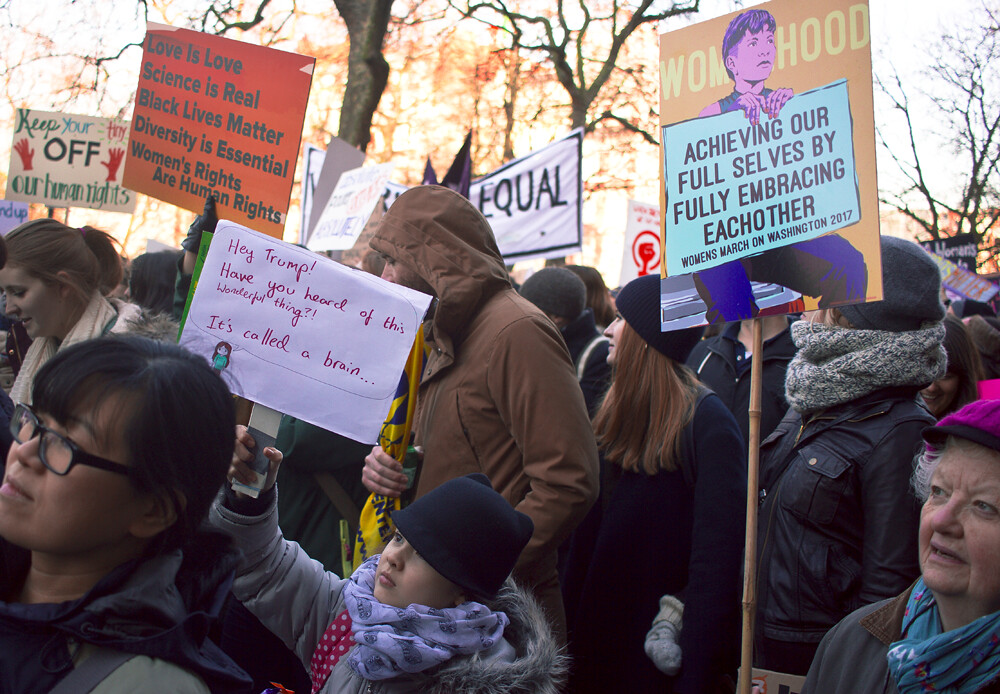 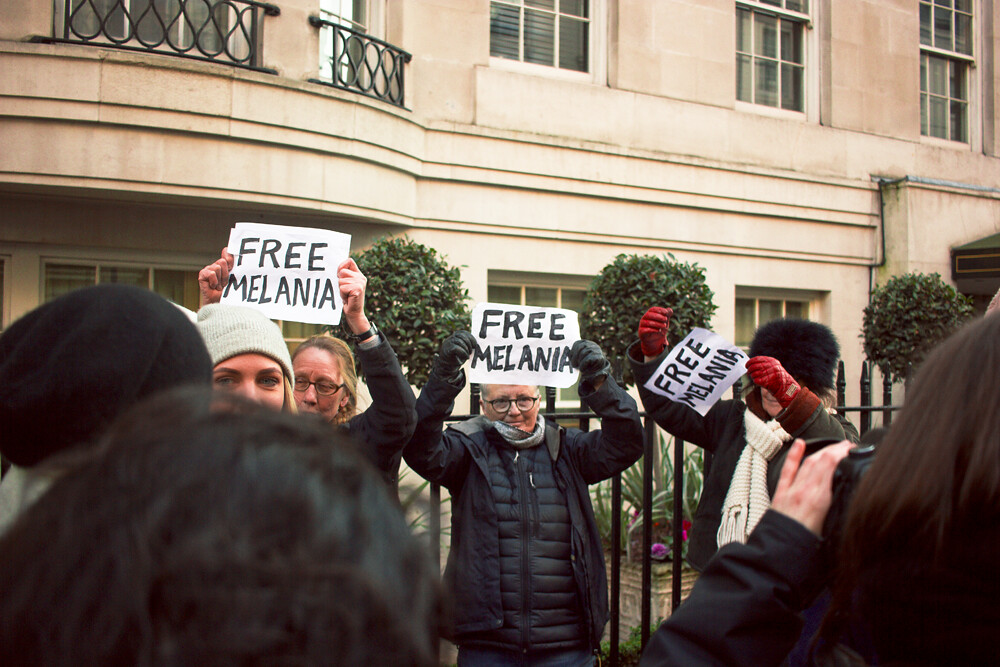 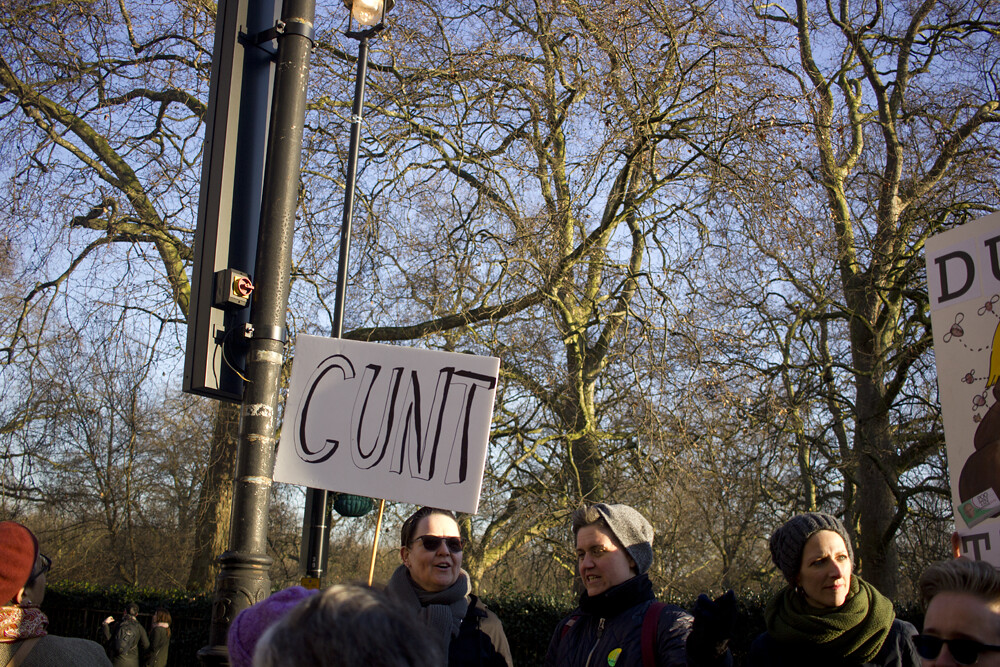 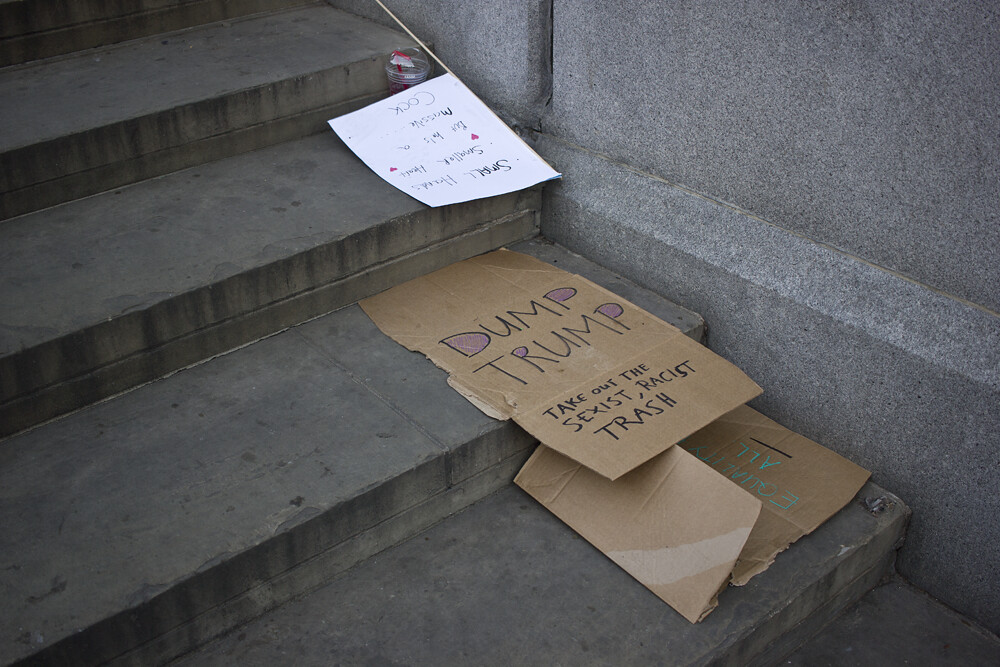 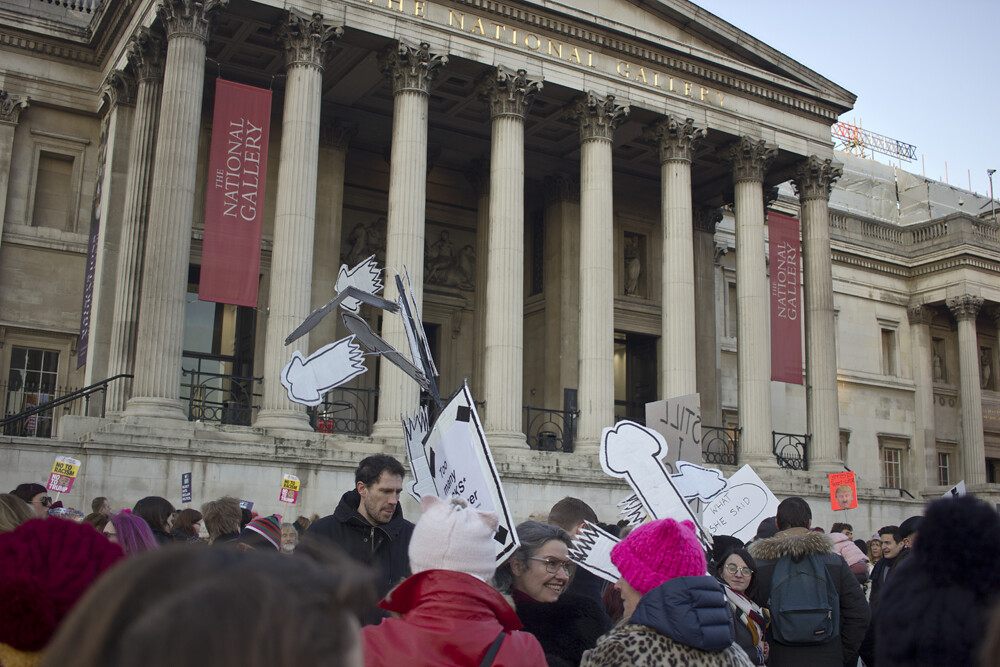 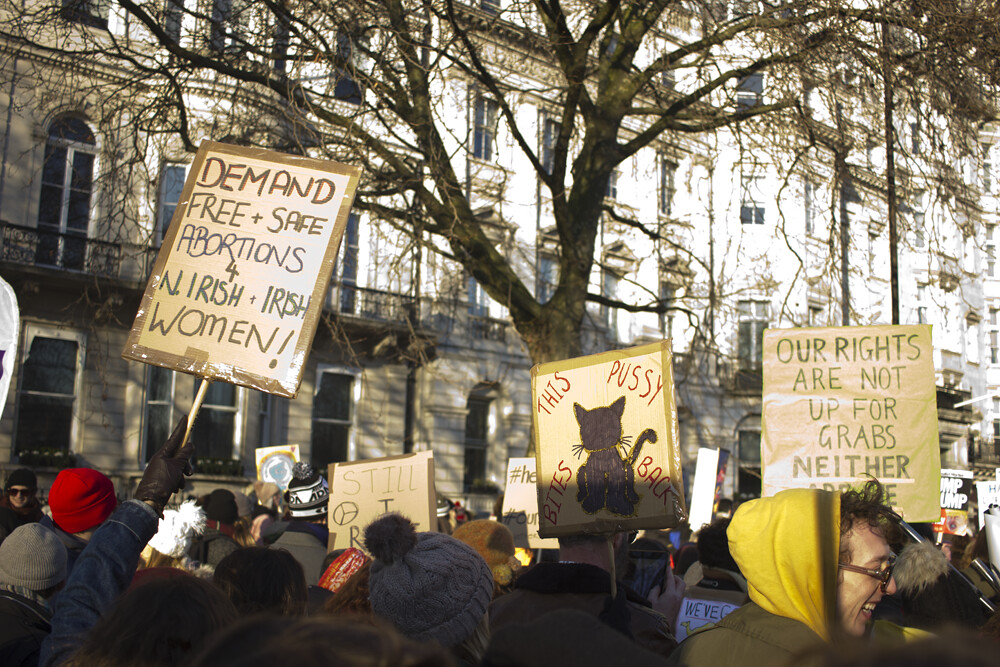 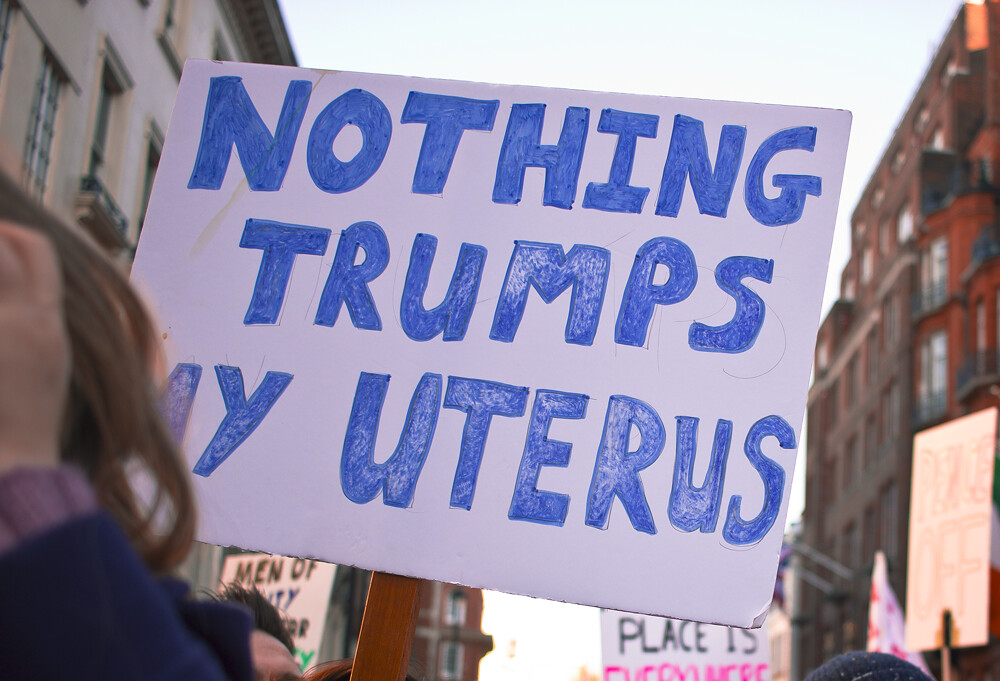 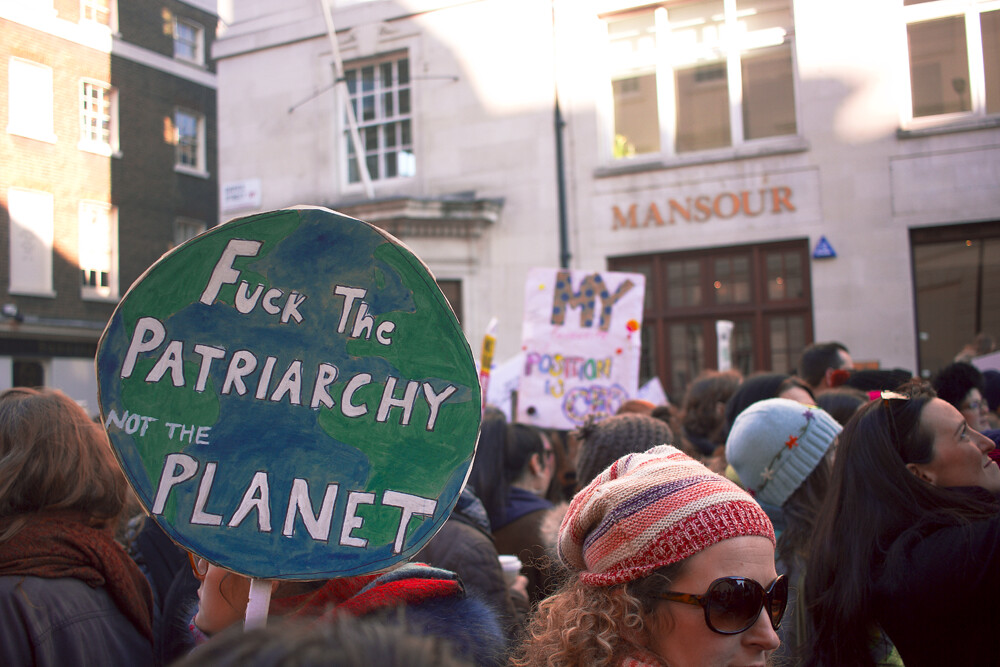 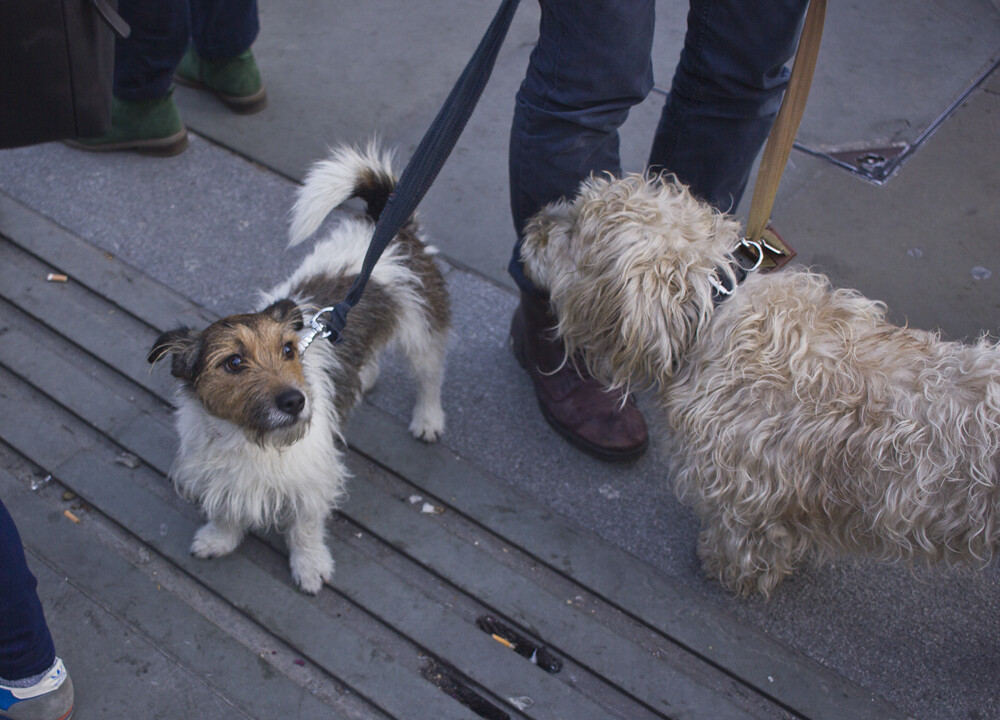 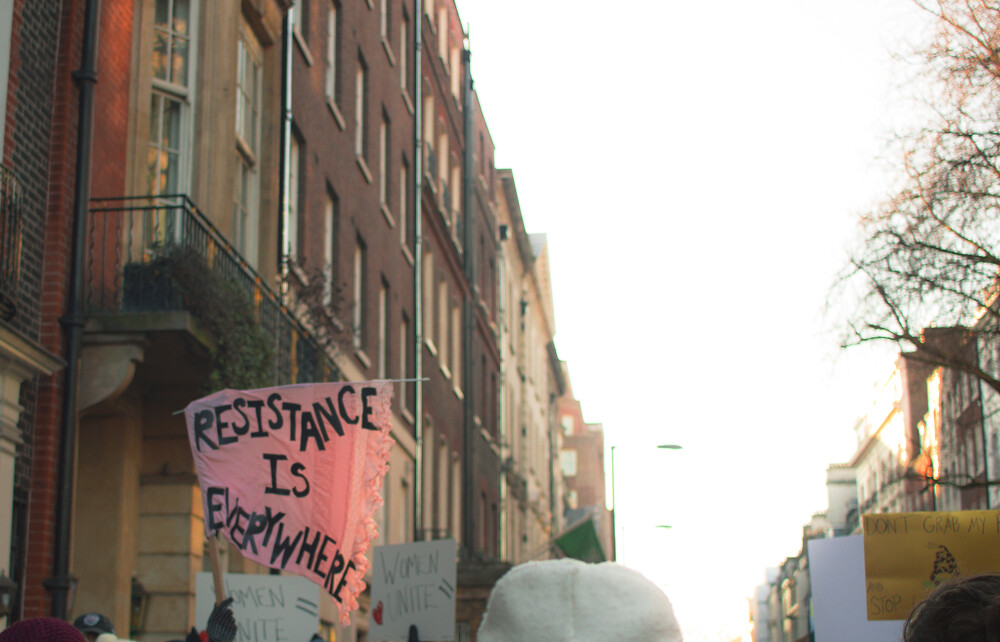 In Response To Gianfranco Vissani – Vegan

Nobody Wants Your Safety-Pin: Post-Brexit Activism

PREVIOUS POST
"A Guide to the best Vegan Cheese"
NEXT POST
"Saying Goodbye To Jo"
9 comments so far.